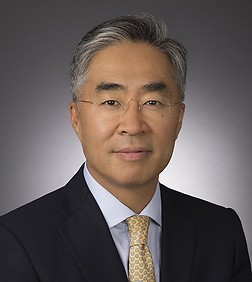 Hwan Kim is a partner in the Corporate Practice Group in the firm's Washington, D.C. office and Seoul office.

Mr. Kim counsels public and private entities, their shareholders and boards of directors, on a range of corporate matters, including corporate governance, mergers and acquisitions, public offerings, private placements, joint ventures and crisis/dispute management. In particular he counsels a wide range of developers as well as construction, heavy industry, renewable energy, and petrochemical companies throughout the world. He has also advised renewable energy companies involved in wind, solar, and wave power generation.

As a member of the firm’s Korea practice, Hwan counsels Korean multinational companies conducting business in the United States and the Middle East. Leveraging his educational background in both law and economics, he has advised clients through a broad array of complex business transactions and sensitive disputes involving governments or state owned enterprises, including investor-state dispute settlement (ICSID arbitration).

Represented several clients in merger and acquisition of assets and companies in the wind industry.