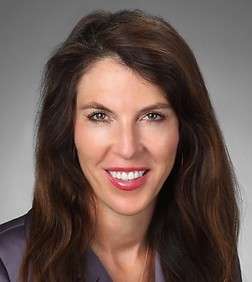 Polly Towill is a partner in the Business Trial Practice Group in the firm's Los Angeles office.  She is the leader of the Toxic Torts and Products Liability team and she Co-Chairs the Global Climate Change team.   She is also a member of the firm's Diversity Committee and Hispanic/Latino team.  Ms. Towill was recognized by The Daily Journal editors as one of the "Top Women Litigators."

Ms. Towill is the former law clerk to United States District Court Judge Manuel L. Real. While with the firm, she also worked as in-house counsel for Northrop Grumman Corporation, where she managed litigation and supervised outside counsel. Ms. Towill has federal and state court trial experience, including three criminal jury trials.

Had a primary role in successfully arbitrating the first False Claims Act action decided by two federal judges in a unique baseball arbitration brought by the U.S. Attorney's Office and the Department of Justice.

Represented owner of a valuable Picasso painting in Nazi stolen art case in action simultaneously pursued in state and federal courts in California and Illinois by private parties and the United States government.  After successfully defeating personal jurisdiction in California trial and appellate courts, matter settled after review granted by California Supreme Court.

Achieved a jury verdict on behalf of one of the state's largest commercial printers in a case against another commercial printer, its president and one of its sales people. Client was awarded damages for breach of contract, breach of fiduciary duty, misappropriation of trade secrets and unfair competition. A jury also found in favor of client on cross-complaints for slander, libel and interference with prospective business advantage. The case was tried in the Orange County Superior Court.

Investigation for Board of Directors of gourmet meal company of compliance with organic food laws.

Named one of the Los Angeles Business Journal's Most Influential Women Lawyers, 2017