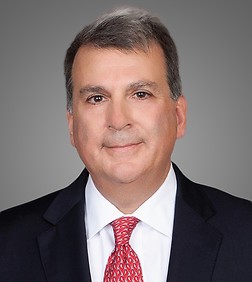 Paul Kaufman is a partner of the Real Estate, Energy, Land Use & Environmental Practice Group in the firm's San Diego (Del Mar) office.

Paul has been an energy lawyer since 1984. Over a career of almost 30 years, he has negotiated all manner of project contracts, including power purchase agreements, hedges, interconnection and transmission agreements and equipment procurement and construction contracts. He represents parties in M&A transactions involving development and operating wind, solar, storage and other renewable projects. He works with renewable energy technologies, including on large wind, solar and biomass projects, and on conventional power plants using fossil fuels, as well as gas storage projects. In addition, he negotiates joint ventures, development agreements and precedent agreements for renewable energy project investors and developers and represented lenders in the review and analysis of project agreements for renewable generation projects in Central America, the U.S. and the Caribbean.

Paul returned to private practice in 2012 after serving as Executive Vice President (EVP) of Transactions with enXco, Inc., now EDF Renewable Energy. At enXco, Paul was responsible for the company’s commercial transactions, implementation of its projects and risk analytics. As EVP, he was involved in the marketing of output from wind and solar projects, the sale of those projects in “turn-key” transactions and the acquisition of projects for renewable technologies. As enXco’s General Counsel, he was responsible for all legal and regulatory affairs of company and communications on legal matters with its French parent company. He managed the legal aspects of the regulatory matters affecting the company as well as, project development, commercial transactions, corporate governance, corporate structure and mergers and acquisitions. Paul was the lead lawyer on large complex transactions. As both EVP and General Counsel, Paul participated in board and other management meetings involving risk review, strategic direction, litigation strategy, transaction origination and transaction approvals.

Prior to joining enXco, Paul was General Counsel for Iberdrola Renewables, the North American renewable energy subsidiary of Iberdrola. At Iberdrola (which was formerly known as PPM Energy, Inc.), his responsibilities were similar to those undertaken at enXco. However, in addition to its wind generation business, Iberdrola also operated gas storage and power and gas trading businesses.

Paul is a frequent speaker on energy topics, focusing on the acquisition of operating renewable energy projects. He is a member of the California and Oregon bars.