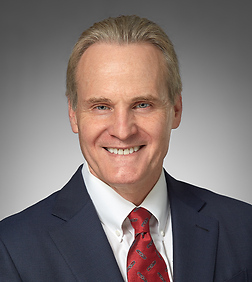 Peter Klee is a partner in the Business Trial Practice Group in the firm's San Diego office.

Peter's focus is defending insurance companies and their affiliates that are sued in individual actions and class actions for bad faith, fraud, unfair competition and other torts. He has handled over 1,000 such cases throughout the country over the past 25 years. His client list includes most of the major insurance carriers doing business in California, including Allstate, Fireman's Fund, Infinity, Mercury, and Unum/Provident.

Peter has handled numerous jury trials in both state and federal court, and consistently obtained favorable results for his clients in these contested proceedings. Two of his jury trial defense verdicts were recognized as California’s Top Defense Verdicts of the Year in 2010 and 2016. Peter is a member of ABOTA and a Fellow of the American College of Trial Lawyers, which limits its membership to the top 1% of trial lawyers in the United States and Canada. Peter is top-ranked (Band 1) by Chambers USA and has also been recognized as one of California's Top 100 Attorneys by the Los Angeles Daily Journal and one of San Diego's Top 10 Attorneys by Super Lawyers. Peter is a co-author of the Rutter Group’s Insurance Litigation California Practice Guide, which is California’s leading treatise on insurance law.

Peter is also a frequent lecturer on insurance issues, and he has conducted training seminars for insurance organizations as well as lawyers.

Originate! 2008 Rainmaker of the Year