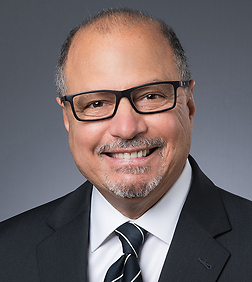 Paul S. Malingagio is a partner in the Business Trial Group in the firm's Los Angeles office, where he specializes in civil litigation, with an emphasis in the trial of complex or technology driven business matters and alternative dispute resolution.

Alternative Dispute Resolution: significant experience with most forms of alternative dispute resolution, including complex arbitration hearings and mediations with J.A.M.S., ADR Services and the American Arbitration Association, arbitration of patent infringement claims, and trial with judges pro tem.  Appointed by the Los Angeles Superior Court to serve as the hearing officer in more than two dozen judicial arbitrations.

Mr. Malingagio, as lead counsel supervising a team of five lawyers and two paralegals, represented the Plaintiff in this 30-day bench trial that involved more than a 1,000 trial exhibits and 45 witnesses, including 10 retained expert witnesses. The subject of the litigation was a commercial real estate development in Los Angeles County, involving issues related to the scope and interpretation of recorded easements, the interpretation and enforcement of Covenants, Conditions and Restrictions on real property, breaches of fiduciary duty by the “Declarant” charged with administering and enforcing the Covenants, Conditions and Restrictions, and alleged environmental contamination. After three and a half weeks of trial, the parties agreed to settle on terms extremely favorable to Mr. Malingagio’s client.

Mr. Malingagio was lead counsel in this seven day JAMS arbitration, representing the Respondent who held a contract to operate the Internet connection facility in a data center building in Los Angeles. The Claimant asserted that Mr. Malingagio’s client had breached the operating agreement by failing to charge the building tenants “market rates” for the Internet connection services. The Arbitrator’s award determined that Mr. Malingagio’s client had not breached the agreement.

As lead counsel representing Defendants Rexford Properties LLC and its individual officer, Mr. Malingagio obtained a jury verdict in favor of the Defendants on Plaintiff’s claim for fraudulent conveyance, and a court decision finding that the individual officer was not the alter ego of the corporation.

Mr. Malingagio and one of his partners defended Northrop in this $75 million superior knowledge and breach of contract action filed in Indiana State Court.  The plaintiffs were subcontractors to Northrop for a key component on Northrop's YF-23 advanced tactical fighter aircraft designed and produced for the United States Air Force. During the eight-week jury trial in Indianapolis, Indiana, Mr. Malingagio was responsible for conducting the direct and cross-examinations of percipient and expert witnesses in the fields of aerodynamics, jet propulsion and acoustic fatigue.  The experts included a 20-year NASA propulsion specialist, a Ph.D. employed at the Jet Propulsion Laboratory and a tenured professor at Purdue University, in addition to various engineers employed by the plaintiffs and by Northrop.

Mr. Malingagio was lead counsel and successfully defended J.P. Morgan Chase (formerly Bank One) at the jury trial of claims for wrongful collection on a credit card account which had been issued erroneously to the plaintiff through identity theft. The jury rendered a defense verdict in favor of Bank One on all causes of action.

Mr. Malingagio acted as California counsel representing Citigroup Global Markets, Merrill Lynch and Morgan Stanley in defense of federal and state law securities claims arising from the 2001 merger of America Online and Time Warner. Several California-based pension plans "opted out"' of the Second Circuit class action and filed four lawsuits in California Superior Court, all of which were coordinated and consolidated in Los Angeles.

Mr. Malingagio, as the lead counsel in a four lawyer team, represented Springlite in a series of five patent infringement lawsuits with Flex-Foot, Inc. involving the field of lower leg prosthetics. Multiple claims of infringement of multiple patents were filed by both parties against each other.   Pursuant to the parties' agreement, three claims were tried before arbitration panels of three patent lawyers, with two arbitrations concluding in favor of Springlite and one in favor of Flex-Foot.  During the course of this representation, Mr. Malingagio briefed and argued an appeal before the Federal Circuit Court of Appeals in Washington, D.C.

Mr. Malingagio, as lead counsel in a team of three lawyers, represented Freedom Innovations in defense of patent infringement claims filed by Ossur North America, one of the world's two largest manufacturers of lower leg prosthetic devices. After Mr. Malingagio filed counterclaims and a summary judgment motion raising issues of inventorship, patentability and inequitable conduct, the matter was settled on favorable terms with a license to Freedom Innovations.

Mr. Malingagio and two of his partners defended Northrop during the jury trial in this $50 million government contractor procurement fraud case arising out of the Peacekeeper intercontinental ballistic missile program.  The United States Attorney's Office prosecuted this case for 10 years, culminating in a two-month jury trial.  Mr. Malingagio and his partners obtained a jury verdict in favor of Northrop and an award of attorneys' fees against the United States Government.  This result was designated as one of the National Law Journal's "Top Ten Defense Trial Verdicts in 1996."

Mr. Malingagio was lead counsel representing one of the two co-owners in a real estate partition action regarding a 200 acre parcel in Los Angeles County. After an eight week superior court trial, judgment was issued in favor of Mr. Malingagio's client to divide the property in kind as opposed to a court-ordered sale as requested by plaintiff.

Representing Sears as the defendant and cross-complainant, Mr. Malingagio obtained a defense judgment for Sears in this four month trial of a breach of contract/fraud action.  On post-trial motions, the Court awarded Sears over $900,000 in attorneys fees and costs, covering 90% of Sears’ total litigation expenses.

In Re The Gator Corporation Software Trademark & Copyright Litigation, MDL No. 1517

Mr. Malingagio and one of his partners represented The Gator Corporation in defense of trademark and copyright claims in a multidistrict litigation (MDL) action set in Atlanta, Georgia, involving pop up Internet advertising delivered by Gator to its subscribers and targeted at subscribers' particular interests as determined through analysis of their web-surging behaviors. The multiple plaintiffs argued that delivery of pop-up ads to consumers' computer monitors infringed the plaintiffs' trademarks and copyrights, even though the consumers were Gator subscribers and agreed to receive the pop-up ads.

Mr. Malingagio was lead counsel prosecuting this shareholder derivative suit against 2K Sounds and its directors to enforce pre-merger buy back rights and for breaches of fiduciary duty. Mr. Malingagio obtained issuance of a writ of mandate from the California Court of Appeal directing the trial court to disqualify counsel for 2K Sounds due to a conflict of interest. The case settled shortly thereafter.

Mr. Malingagio was lead counsel representing Muzak in defense of claims filed by its major competitor for predatory pricing and unfair competition under California state law. After 15 months of intense litigation, the matter was settled on favorable terms.

Mr. Malingagio was co-counsel for Texas Instruments, in a case involving patents on computer chip technology which was litigated from 1985 until 1989.  Texas Instruments obtained a favorable summary judgment under Section 102 on the grounds that the patent was anticipated by prior art.  The trial court's ruling was upheld through appeals to the Federal Circuit and Petitions for Certiorari to the United States Supreme Court.

On behalf of the Plastic Recycling Corporation of California, Mr. Malingagio instituted this contractual arbitration before the American Arbitration Association seeking damages and termination of a contract with a failed plastic bottle recycling facility in Northern California.  The respondent counterclaimed for fraud and breach of contract, claiming over $10 million in damages.  The arbitration involved 53 days of live testimony before a retired Superior Court Judge and resulted in a termination of the contract and no damages against Mr. Malingagio's client.

Purosil acquired the business operations of Agnes Enterprises in a leveraged buyout ("LBO") transaction.  On behalf of Purosil, Mr. Malingagio instituted a contractual arbitration proceeding before the American Arbitration Association seeking rescission of the LBO transaction or alternative monetary damages based on fraud and mistake.  Mr. Malingagio conducted a complex hearing involving 41 days of testimony before a retired Superior Court Judge which resulted in an $800,000 recovery for Purosil.

Mr. Malingagio was part of a team representing Chartwell in claims against General Electric and its subsidiary, the Jet Center, alleging that General Electric had breached a $13 million contract to build out the interior of a new Boeing 737 for use as a luxury private jet. After two weeks of testimony and 300 pages of briefing, the three-arbitrator JAMS panel issued an award in favor of Chartwell.

Mr. Malingagio defended Avanza Corp. and its officers and directors in this shareholder derivative and breach of fiduciary duty lawsuit filed as part of an attempt to hostilely take over Avanza Corp.  After defeating two motions for preliminary injunctions, Mr. Malingagio negotiated a settlement resulting in current management retaining control of the company and purchasing a controlling percentage of the outstanding stock at one-third its pre-litigation price.

Northrop filed an action against McDonnell Douglas ("MDC") alleging breach of contract and antitrust violations arising out of the teaming agreement between the two companies to co produce the F/A-18 jet fighter aircraft for the U.S. Navy.  MDC cross-claimed against Northrop alleging that Northrop misappropriated MDC's F/A-18 trade secrets and used them in the design of Northrop's F-20 jet fighter aircraft.  Mr. Malingagio worked as part of a team of 15 lawyers representing Northrop.  Mr. Malingagio was primarily responsible for Northrop's defense of the claims of trade secret misappropriation, and specifically with respect to the design of the avionics, computers, cockpits, controls and displays in the aircraft.  Mr. Malingagio managed and conducted extensive discovery and depositions of percipient and expert witnesses, including numerous avionics design engineers, former military pilots, government officials, a former Deputy Secretary of Defense, and U.S. Air Force General (Ret.) Charles E. Yeager.  Prior to trial, the case was settled when MDC agreed to pay Northrop in excess of $50 million.

Mr. Malingagio represented the Plastic Recycling Corporation of California, a consortium of plastic bottle manufacturers, in this Writ of Mandate proceeding to challenge the manner in which California's Division of Recycling implemented the California Beverage Container Recycling and Litter Reduction Act.