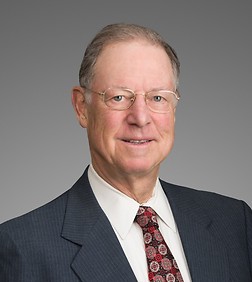 Paul Reitler is Of Counsel in the Business Trial Practice Group in the firm's Los Angeles office.

Paul's practice has focused on civil business litigation in both state and federal courts.  He has represented clients including banks and other financial institutions in a variety of cases including consumer class actions, actions alleging unfair business practices, breach of fiduciary duty, breach of contract and lender liability.  Paul has also handled unfair competition cases involving theft of trade secrets and products liability cases.

He has had extensive jury and non-jury trial experience in state and federal courts and has argued appeals before the California Courts of Appeal, the California Supreme Court and the Ninth Circuit Court of Appeals.  Paul has also represented clients in resolving business disputes through arbitration and mediation.  Paul served several terms as a member of the firm's Executive Committee, and served as Chairman of the Committee from 1986-1991.

Paul has served as Judge Pro Tem and as an arbitrator for the Los Angeles Superior Court.

Executive Committee, Los Angeles Delegation to the Conference of Delegates

Executive Committee, Conference of Delegates of the State Bar, 1978-1981