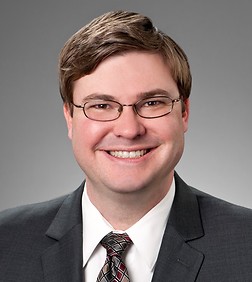 Paul Seeley is a partner in the Business Trial Practice Group in the firm’s Los Angeles office and has been practicing since 2007.

Paul has experience in business litigation matters, including real property disputes, consumer class actions and insurance litigation. He advises his clients in all aspects of litigation, from pre-litigation dispute resolution, to filing and responding to complaints, to seeking or opposing pre-judgment remedies (including temporary restraining orders, preliminary injunctions, and receiverships), through summary judgment, trial, post-trial motions, and enforcement of judgments.

A large part of Paul's practice focuses on the trial or resolution of real estate and corporate disputes. He represents clients in real estate disputes, including:

Paul is deeply invested in the Firm’s pro bono activities, and previously ran Sheppard Mullin’s program to assist clients in their adoptions of children in California’s foster care system. In recognition of his work, the Firm named Paul the Bob Gerber Pro Bono Attorney of the Year in 2012.

Represented shareholders of numerous corporations in ownership dispute over $50 million in assets, including real property and investment portfolios. Successfully obtained a preliminary injunction and appointment of a receiver to protect the clients’ interests pending resolution, and then obtained summary judgment confirming their ownership interests in the corporations. The result was affirmed on appeal.

Successfully represented shareholder of real estate entities in enforcement of her inspection rights after her requests to inspect records were rejected by management. Obtained an attorneys’ fees award of over $295,000 as the prevailing party.

Successfully represented buyer of real property in specifically enforcing purchase and sale agreement after seller attempted to avoid the sale by claiming a breach of the contract.

Represented buyer of large commercial distribution center after seller allegedly failed to make full disclosures of information that would have dramatically affected the price buyer was willing to pay. Settled on eve of hearings on summary judgment.

Successfully represented owner of real property who was fraudulently induced into signing title to real property to a family member.

Successfully represented landowner in dispute with joint tenant resulting in partition claims being asserted and a resolution on favorable terms.

Represented both landlords and tenants in unlawful detainer litigation and pre-litigation dispute resolution.

Represented workers’ compensation insurer in class action accusing it of violating California law in the manner it collected and retained deposits from its insureds.

Represented department store in class action accusing it of engaging in false advertising with respect to price discounts.

Represented supplement manufactured in class action accusing it of engaging in false advertising with respect to efficacy claims on product label.

Successfully represented client accused of defamation by aggressive in pro per plaintiff by securing preliminary injunction and filing, and prevailing on, an Anti-SLAPP Motion, resulting in a judgment for attorneys’ fees of over $90,000.