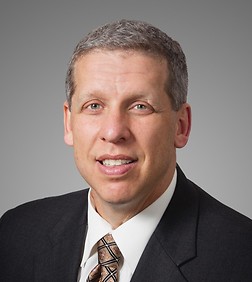 Robert Friedman is a partner and Practice Group Leader of the Business Trial Practice Group and is based in the firm’s New York office. He is also head of the firm’s South Asia team and a member of the White Collar and International Arbitration groups.

Robert focuses on business and corporate litigation matters and internal investigations. He has tried over 70 cases and regularly represents financial institutions, technology companies, media companies and litigation trustees in significant business disputes, including those involving trade secrets, software theft, non-compete, securities and license agreements. He has achieved successful outcomes in the major international arbitral forums and has led numerous internal investigations for clients in all industries.

Prior to entering private practice, Robert was a Senior Trial Attorney in the Homicide Bureau of the Kings County District Attorney's Office.

Won four-week jury trial for one of the largest manufacturers of OTC pharmaceuticals in a false advertising case arising out of comparative statements. Also prevailed on counterclaims.

Won motion to dismiss in the Commercial Division of New York Supreme Court, leading to favorable settlement on behalf of Fortune 100 technology company in connection with allegations of fraud and misrepresentations arising from an asset acquisition.

Won preliminary injunction trial for textile finishing company accused of counterfeiting by its main competitor. The allegations were based upon DNA markers placed in chemical formulations. During a three-day hearing, discredited the scientific evidence and affirmatively proved the integrity of our client's manufacturing protocol.

Obtained multi-million dollar settlement on the eve of trial and full dismissal of a ten-figure counterclaim for technology company after winning a Daubert motion and other pre-trial rulings in a breach of contract and unfair competition case.

Represented major publisher and direct marketer in a $20 million jury trial in New York State Supreme Court arising out of breach of contract allegations. Obtained favorable settlement while the jury was deliberating.

Won an 18-day trial on behalf of a toy manufacturer in a dispute over license fees with an inventor of a famous toy product.

Won dismissal of tort claims in dispute involving an enterprise resource planning implementation on behalf of an international technology company, leading to a favorable settlement.

Obtained dismissal, with prejudice and with no payments to plaintiff, of a non-solicitation and breach of fiduciary duty lawsuit against former employees of a computer networking company.

Obtained a temporary restraining order, preliminary injunction and damages against a rival toy company that attempted to copy our client's products for display at the most important industry trade show.

Negotiated the settlement of an unfair competition lawsuit on behalf of a national telecommunications company, including the creation of mechanisms for doing business going forward.

Won trial in bankruptcy court on behalf of a national Special Servicer in connection with enforcement of a CMBS transaction involving nine commercial properties.

Won dismissal of claims against financial advisor in $60 million RICO and fraud case in Delaware Federal Court and affirmed by the Third Circuit.

Won dismissal of two related $230 million RICO actions on behalf of financial advisor. Decision was affirmed by the Third Circuit.

Won trial in bankruptcy court on behalf of a regional retailer in a challenge to the purchase of leases.

Won dismissal of all substantive claims against major bank acting as servicer in RMBS deal. Decision was affirmed by the Second Circuit.

Defeated temporary restraining order and preliminary injunction on behalf of a mezzanine lender in connection with a large real estate development project in Brooklyn.

Won injunctive relief on behalf of a large manufacturer in a lease dispute.

Served as special litigation counsel to a post-effective date committee and obtained a pre-complaint settlement after an investigation, increasing the creditor recovery ten-fold.

Won summary judgment for an indenture trustee in a $90 million lawsuit brought by bondholders.

Won summary judgment for a major international bank, as indenture trustee, in a $21 million lawsuit brought by bondholders.

Won summary judgment for a real estate marketing firm in a multimillion-dollar lawsuit against a developer for breach of contract.

Obtained a favorable settlement on behalf of a foreign investment company in a securities fraud case against a major investment bank involving multiple parties arising out of complex currency derivative transactions.

Defeated a temporary restraining order and won a motion to dismiss on behalf of a large retailer in a lawsuit brought by a commercial landlord in connection with an asset purchase agreement for commercial leases across the country.

Obtained control of millions of dollars in art collateral on behalf of a credit opportunity fund after evidentiary hearing and then collected over $30 million after string of successful motions against several borrowers.

"The Burton Award for Legal Achievement," The Burton Foundation, in association with the Library of Congress, 2008

Iron Will Foundation, Board Member