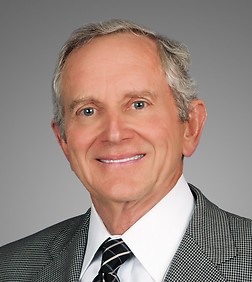 Richard Kintz is Of Counsel in the Corporate Practice Group in the firm's San Diego (Del Mar) office and was the prior Leader of both the firm's Family Owned and Closely-Held Businesses Team and Private Wealth Team until October 2015. He was previously a partner at Sheppard Mullin from 1999 through 2015.

Venture Capital –  Richard negotiates and documents venture capital financings, both on behalf of companies and on the venture capitalist side. He has also worked on numerous convertible bridge financings.

General Corporate Representation – Richard assists corporations with strategic business planning; serves as an advisor to company board of directors; and counsels clients on integrated corporate planning and the structuring of any estate matters and gift tax issues.

Private Wealth Team – Serving as the "Trusted Advisor" to families with global investments or family members in jurisdictions around the world, Richard helps his private wealth clients establish family offices. He also works on the structuring of the holdings of families in order to transition the assets to future generations and works with the clients on business succession.

Representation of Start Up Companies - Represented many start up companies in structuring and forming the entities, capital raising, shareholders agreements, founders agreements, stock option plans, phantom stock plans, licensing agreements, partnering arrangements, intellectual property issues, venture capital financing, and substantial work with foreign venture capitalists and foreign investors. These start up businesses have been involved in the areas of software, e-commerce, telecommunications, retail, sports, and consumer. These services also include appropriate introductions to funding sources and relevant service providers. We took one of these start up companies, Bridgepoint Education, Inc., public in April 2009.

General Corporate Representation - Strategic planning, advisor to the Board of Directors, integration of corporate planning and structuring with estate and gift tax issues of the owners.

Private Wealth Team - Creation of Family Offices; structuring of the holdings of the
Family in order to transition the assets to future generations; work with the
clients on business succession; serving as the “Trusted Advisor” to the Family.

Board of Directors, Voices For Children, San Diego

B.A., University of Redlands, 1966, with distinction