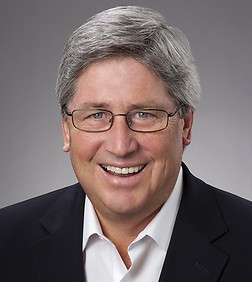 Richard Kopenhefer is a partner in the Labor & Employment Practice Group in the firm's Los Angeles office.

Richard represents producers and distributors of feature films, television shows, electronic games, commercials and new media, principally in their dealings with the unions and guilds in the entertainment industry. He regularly negotiates, arbitrates and litigates with SAG/AFTRA, DGA, WGA, AFM, IATSE and the Teamsters, along with their respective benefit plans and trusts. He advises clients concerning development disputes, including writer defaults, screen credits, separated rights and the WGA’s territorial jurisdiction. In pre-production, he is instrumental in negotiating all production labor agreements. In this connection, he is conversant with IATSE’s term collective bargaining agreements and frequently deals with so-called “runaway” production in tax-sheltered production venues in the United States, Canada and around the world. He frequently deals with director’s creative rights disputes. He has a special expertise in the negotiation of guild “financial assurances” concerning the payment of residuals. Richard has negotiated guild financial assurances for single pictures, and for entire libraries. He frequently assists non-union producers with union organizing efforts and is thoroughly familiar with practice and procedure before the National Labor Relations Board. Richard represents clients in connection with both residuals and fringe benefits audits, and defends them in both federal court and tri-guild arbitrations. He is a well-known expert on residuals accounting issues. He represents ad agencies, advertisers and commercial production companies. He assists off shore producers in connection with “Global Rule One” agreements with SAG. He is presently preparing to re-negotiate the IATSE Low Budget Theatrical Agreement on behalf of a coalition of independent film producers.  Richard represents Lionsgate in connection with its entire motion picture and television output. He has represented Legendary Entertainment on “42”, “Pacific Rim”, “Seventh Son” and “Hot Wheels.” He represented DreamWorks Studios on “Lincoln.” Television clients include FX and the Hallmark Hall of Fame.

Richard practices in state and federal court, before labor arbitrators and mediators and in the myriad administrative agencies involved in labor law.  He frequently lectures on disability rights law and sexual harassment. From 1978 to 1984, Richard was employed as a field attorney for the NLRB in both its Cincinnati and Los Angeles regional offices.