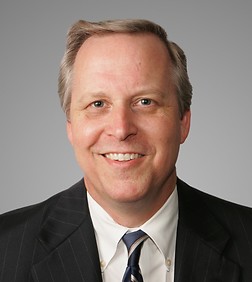 Ryan McCortney is of counsel in the Labor and Employment Practice Group in the firm’s Orange County office.

Ryan represents employers in litigation and labor and employment law matters. He counsels companies in a variety of industries, including restaurants, hospitality, retail, healthcare, manufacturing, high-tech, and aerospace. Ryan also represents employers in state and federal trial court and appellate proceedings as well as administrative proceedings before the National Labor Relations Board, the Equal Employment Opportunity Commission, the Department of Fair Employment and Housing, the U.S. Department of Labor, the Division of Labor Standards Enforcement, and OSHA.

Ryan argued before the United States Supreme Court on behalf of the employer in Hoffman Plastic Compounds, Inc. v. NLRB, 122 S.Ct. 1275, 535 U.S. 137 (2002), in which the Court found in favor of the employer in a 5-4 decision.  The case involved whether undocumented workers are entitled to backpay under the National Labor Relations Act.

Mr. McCortney was on special assignment at a large aerospace company from May through September, 1991 where he advised all levels of management on employment issues.