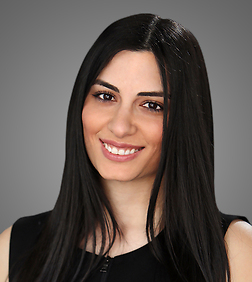 Ramela Ohanian is an associate in the Entertainment, Technology and Advertising Practice Group in the firm's Century City office.

Ramela represents producers, studios, media companies and networks on a variety of transactional matters related to television (scripted and unscripted), digital media, and feature films. Her practice focuses on the development and production of projects in the United States and abroad, including the handling of major first look and overall agreements, rights acquisitions, and talent agreements.

She frequently negotiates agreements on behalf of Amazon Studios (including personal favorites Modern Love and Brittany Runs A Marathon) and Nickelodeon Animation Studios (Big Nate), and also works with Focus Features (Voyagers), Gunpowder & Sky (69: The Saga of Danny Hernandez), Hemisphere Media Group, and more. Ramela has served as production counsel, and she has also facilitated the localization of multiple productions outside of the United States, such as in Germany and Italy.

Ramela has also been on the other side of the business, as in-house counsel at AwesomenessTV, a media and entertainment company, where she served as the lead production attorney for the Awestruck programming division. In addition, Ramela managed agreements across multiple platforms, including YouTube, Facebook and Instagram, along with influencer marketing deals with brands, agencies and talent. Her work also focused on content acquisition, on-camera talent services and multi-channel network agreements, and company marketing campaigns, including contests and sweepstakes.

Ramela received her law degree from Loyola Law School in Los Angeles where she focused her studies on entertainment and was a member of the Entertainment and Sports Law Society. During law school, Ramela interned for Bloom Hergott Diemer Rosenthal LaViolette Feldman Schenkman & Goodman, LLP, Starz Entertainment, and Sheppard Mullin Richter & Hampton LLP.

When Ramela is not practicing law, she can be found playing volleyball or baking dessert (always chocolate-related, of course).

Top Entertainment Attorney, Variety's Up Next, 2021

Member of the 2021 Emerging Leaders Board of AMEC