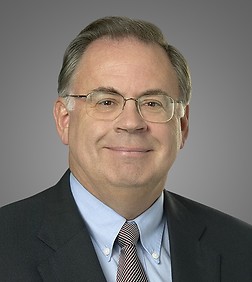 Robert D. Rose is Of Counsel in the firm's San Diego office and specializes in white collar criminal defense and trials of complex business litigation, in the state and federal courts.

Mr. Rose was a federal prosecutor for twelve years, followed by the last twenty-nine years as a defense attorney.  He has prosecuted organized crime figures, utilizing electronic surveillance, informants, witness protection and grand juries.  He has tried cases as a cross-designated Deputy District Attorney. He convicted J. David Dominelli, responsible for an $80 million Ponzi scheme involving international arbitrage and bankruptcy fraud.  As a defense attorney, he represents clients with criminal and civil exposure from governmental inquiries. He defended Gary Naiman, the president of Pioneer Mortgage, a $200 million Ponzi scheme involving collateralized mortgage pools.

He has served as counsel and a panelist in FINRA arbitrations.

Mr. Rose regularly appears in federal and state courts in a variety of matters, often involving fraud allegations. He is expert in RICO prosecution and defense, both civil and criminal. His clients have included individuals and businesses named in qui tam suits and FDIC actions. He has successfully defended claims of libel, defamation, breaches of fiduciary duties, unfair business practices and professional negligence.

Mr. Rose counsels companies with the questions that directors and management should be asking to assure the best protection for customer information, financial data, trade secrets, customer lists, etc., that are vulnerable to hacking from outside and misappropriation from within. He works with businesses which have suffered from data breaches that must be repaired, losses that must be mitigated and the civil and criminal exposures.

Mr. Rose has represented a university ER physician targeted for VA program fraud; an organ transplant surgeon targeted in a DOJ investigation of UNOS reporting deficiencies; a psychologist facing license loss based on improper patient contacts; a methadone clinic owner being investigated for fraud; surgeons needed as witnesses in an investigation of a manufacturer's misrepresentations of off-label use.

Mr. Rose has significant experience in a variety of class actions involving securities and employment issues. He represented former executives of a publicly traded computer manufacturer in consolidated class actions arising from restatements of earnings and insurance company executives sued for investment losses.

Mr. Rose represented the key witness and co-defendant in the prosecution of Las Vegas and San Diego elected officials for accepting money to protect his strip club businesses. He successfully defended a municipal union leader serving on San Diego's employer retirement board, charged with conflict of interest for his role on a city contribution measure.