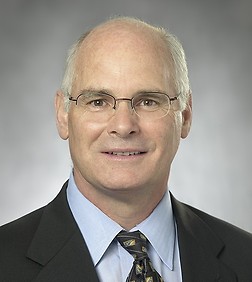 Robert G. Sbardellati is Of Counsel in the firm's San Diego office and is a member of the Corporate and Securities Practice Group and Healthcare team.

Robert is experienced in a wide variety of business transactional matters, from the start up of new companies, to the counsel of mature businesses.  He renders advice on general business and corporate law issues relating to mergers and acquisitions, the formation and operation of corporations, partnerships and limited liability companies, conversions, dissolutions, corporate financing and real estate transactions.  Robert represents clients in many diverse industries, including healthcare, service, real estate, technology and manufacturing.

Robert has extensive experience in negotiating and documenting acquisition agreements and other transactional documents.  He has represented issuers and investors in the private placement of securities in a variety of businesses including real estate, drug research, medical device companies and diagnostic medical equipment.

Robert provides advice on a wide range of healthcare issues, including fraud and abuse, anti-kickback and the Stark law. He has extensive experience in negotiating and documenting acquisitions and other transactional documents for medical groups, hospital affiliations, ambulatory surgery centers and other healthcare related entities.

Represented a medical group that merged with two other medical groups to consolidate the medical practices which were providing services to a medical foundation in Northern California.

Represented a Central California medical practice foundation in its affiliation for the development of a comprehensive cancer treatment center.

Represented a multi-specialty medical group in the Bay Area in the sale of its assets to a medical school affiliated foundation.

Developed and implemented imaging center joint ventures between hospitals and a radiology group.

Represented Solano Regional Medical Group in the acquisition of its assets by Sutter Health Systems.

Represented several medical groups in the acquisition of assets by subsidiaries of healthcare companies.

Represented South Coast Dialysis in the sale of its dialysis business to Gambro (now Davita).

Represented Coronado First Bank in its acquisition by merger by Embarcadero Bank.

Represented Cuyamaca Bank, N.A. in its acquisition by merger by Community National Bank.

Represented VF Outdoor, Inc. in the acquisition through merger of a travel accessory company.

Represented HLR, Inc. in the sale of all of its assets to Superior Ready Mix Concrete, LP.

Represented Cantare Foods, Inc. in the acquisition of the shares of Tutto Latte, Inc.

Represented a major electronics company in the sale of all of its shares.

Represented a video rental chain in a merger into a nationally, publicly held company.

Represented Survival Systems International, Inc. with regard to the acquisition of its life boat systems business.

Represented the majority shareholder in a sale of shares to a private equity fund and management of the company.

Represented Lennar Homes in the acquisition of real estate.

Represented a major developer in the formation of limited liability companies for a variety of projects.

Represented C.W. Clark, Inc. in the formation of the entity which developed Liberty Station Marketplace.