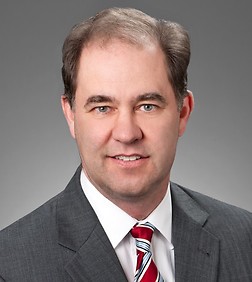 Robert Sturgeon is an attorney in the Construction, Environmental, Real Estate and Land Use Litigation practice group in the firm's Los Angeles office.

County of Orange — Represented owner in connection with expansion of John Wayne Airport, including drafting of project agreements; advising regarding claims for changed work and supply of defective equipment; litigating contract and bond claims against contractor for airport fire station and litigating disappointed bidder’s action for writ of mandate regarding award of contract for passenger processing system.

University of Southern California — Represented owner and general contractor against claims by subcontractors for additional compensation arising out of construction of tower addition to University's cancer institute. Representing owner on its counterclaims against subcontractors and designers for damages arising from project defects.

County of Orange — Represented owner in connection with claims for delay and changed work arising from county flood control project, including cross-complaint for false claims.

Bank of America, N.A. – Represented lender/owner in connection with claims against design professionals for deficiencies in design of resort hotel project.

Palos Verdes Library District — Represented owner in prosecution of indemnity action following prior defect claim by owner against contractor, architect and construction manager, and in defense of subcontractor's claims for additional compensation.

URS Corporation — Represented contractor in connection with claims for personal injury arising from project for disposal of ordnance at military sites.

Parsons Engineering Science, Inc. — Represented contractor in prosecution of claims against laboratory subconsultant for breach of contract, negligence and fraud in connection with testing of environmental samples.

Parsons-Dillingham, A Joint Venture — Advised construction manager regarding claims against owner for failure to make payment for services performed on Metro Rail project.

Orange County Museum of Art – Assisting with drafting of contracts and advise re construction of new museum.

J.D., University of Southern California, 1995, Order of the Coif