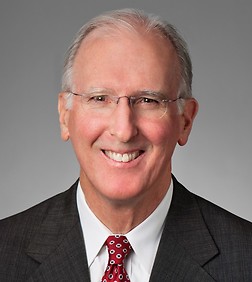 Bob Williams is Of Counsel in the Finance and Bankruptcy Practice Group. He began work at Sheppard Mullin in 1977 as a first-year associate, was elected to the partnership in 1984 and became Of Counsel in 2018.

Bob is a real estate and real estate finance lawyer.  In his early years as an associate and partner, he worked on real estate development, acquisitions and commercial leasing.  He later represented lenders in the negotiation and documentation of construction loans and other real estate-financings.  He developed a particular expertise in affordable housing finance, including purchases and credit enhancements of tax-exempt multifamily housing revenue bonds.

During his career at Sheppard Mullin, Bob performed a number of administrative duties, including service as a member of the Executive Committee, as a Department Chair, as Hiring Partner and as Chief Talent Officer.  He is proud of his efforts to hire and develop outstanding lawyers and to further the firm’s diversity and inclusiveness.

Bob currently works in a number of volunteer capacities.  He is a member of the Board of Directors of Merritt Community Capital Corporation, and he serves on the Los Angeles County Bar Association Veterans Legal Services Project.