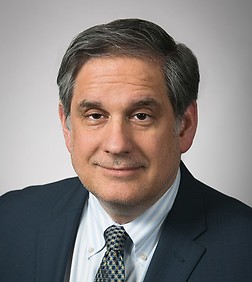 Steven Chananie is a special counsel in the Corporate Practice Group in the firm's New York office, focusing on healthcare issues.

In his practice, Steven assists his clients in navigating the often complex and evolving healthcare regulatory environment. He has represented numerous healthcare providers, advising them on regulatory and fraud and abuse issues in the structuring of complex healthcare transactions; guiding them in the resolution of potential compliance problems; assisting them in implementing or modifying their compliance programs; and responding to government investigations.

With many years of experience specializing in healthcare regulatory and transactional matters, Steven has developed particular expertise in the following areas:

Steven has lectured extensively on compliance, regulatory, defense and related issues. Chambers USA noted that he is "very responsive and thoughtful.” Sources say: "He's just a fine human being. His expertise and his level of service coupled together make him an excellent attorney."