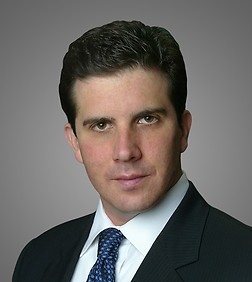 Shaun Clark is a partner in the firm's internationally acclaimed Transactional Entertainment, Technology and Advertising Practice Group, which was recently ranked in the top tier by both Chambers USA and the Legal 500 U.S. He resides in the firm's Century City office.

Shaun represents studios, major brands, independent producers, advertising agencies, and other entertainment and advertising-related entities in the acquisition of intellectual property rights and the development, finance, production, distribution, and exploitation of entertainment and branded content and related live events, merchandising, social media, and online and field marketing promotional campaigns. Shaun enjoys practicing at the intersection of content, branding, celebrity and technology. In recent years, he has worked with some of the top players in virtual reality and the podcast business.

Shaun has represented numerous institutional clients in their capacity as lenders, guarantors, and borrowers, in the negotiation and documentation of complex financing deals and intercreditor relationships, and in negotiations with assignees for the benefit of creditors and trustees.

He also has drafted and negotiated numerous shopping, co-development and co-production agreements for episodic television and motion pictures, and collection account and custodial agreements in connection with the administration of proceeds from multiple sources.

Thought Leader, Entertainment, Who's Who Legal, 2018

Heroes of the Heart Award, Recognized by Children of the Night for extensive pro-bono work in 2013.

"Power Lawyer" - Named as a "power lawyer" by the publishers of The Hollywood Reporter for 2011.