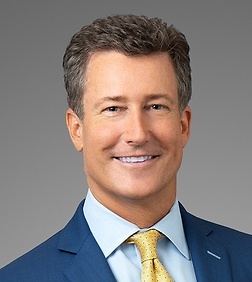 Steve has spent more than 25 years in boardrooms and courtrooms acting as a trusted advisor and litigation advocate for clients – from Fortune 500 corporations to entrepreneurs – in complicated and often high-profile business and employment disputes. Consistently recognized by peers and clients in state and national surveys as a “go-to” courtroom advocate, Steve is the only lawyer in Texas to be inducted as a Fellow into the nationally prestigious College of Labor and Employment Lawyers and selected by his peers as one of the top 100 attorneys in Texas.

One of Steve’s cases is enshrined in the Texas Jury Trial Hall of Fame. In that case, Steve led the trial effort of a renowned computer-game developer and company executive against one of the world’s largest video game publishers for breaching a stock option agreement, securing a jury verdict of $28 million (and a judgment of $32 million). The National Law Journal identified the award as one of the Top Verdicts in the country.

In the area of labor and employment law, clients look to Steve for proactive and practical recommendations to avoid litigation. But, when disagreements or disputes end up in the courtroom or in arbitration, Steve is a vigorous advocate, successfully trying cases in a myriad of areas, including:

Steve’s recent defense of one of the country’s largest grocery retail merchandising brokers in a wage and hour collective action helped secure Texas Lawyer’s “Litigation Section of the Year” award. In that case, 50 former employees sought to secure collective action status to represent a class of potentially 20,000 employees. After extensive discovery and briefing, the court summarily rejected the plaintiffs’ efforts to conditionally certify the class.