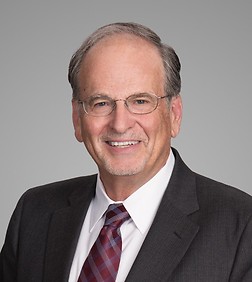 Sheldon Kline is Of Counsel in the Labor and Employment Practice Group in the firm's Washington, D.C. office.

Sheldon represents clients in labor negotiations, bankruptcy, federal and state court litigation and before administrative agencies, particularly the National Labor Relations Board and the National Mediation Board. He is experienced in all facets of transportation, including the representation of international and domestic airlines, trucking companies, maritime and ports.

Sheldon served as Special Labor Counsel to American Airlines and its subsidiaries for the entire duration of American’s bankruptcy. In that role, he assisted the company in successfully resolving three representation elections under the RLA and advised AMR Eagle in negotiations for a new collective bargaining agreement. Sheldon served as Special Labor, Employment and Employee Benefits Counsel for Aloha Airlines in its recent bankruptcy. In that role, he was responsible for achieving the termination of the carrier’s defined benefit pension plans, negotiating a final settlement of all claims with the Pension Benefit Guaranty Corporation, resolving with the PBGC controlled group liability claims and addressing claims made by the PBGC regarding financial transactions involving the carrier’s pension plans. He also has experience in dealing with the PBGC to resolve complex issues under ERISA.

Sheldon has extensive experience in the federal government, having served for eight years at the U.S. Department of Labor and nine years at the National Mediation Board. While at the Mediation Board, he was involved in the mediation of a number of major collective bargaining disputes, including pilots, flight attendants and mechanics at major domestic airlines. He was directly involved in the government's legislative efforts to deregulate the railroad and airline industries.