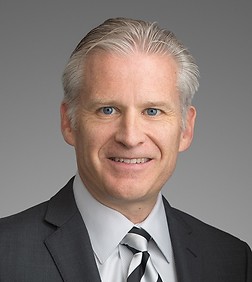 Sean P. O'Connor is the Managing Partner of the Orange County office. He practices in the firm's Business Trial and the Real Estate, Energy, Land Use & Environmental Practice Groups.

Sean is one of the more experienced trial attorneys in the firm, and his practice concentrates on general business litigation with an emphasis on real estate litigation, eminent domain, business torts/contracts, securities litigation, professional liability, land use litigation and complex class action litigation. He currently serves as head of the firm's Real Estate Litigation Practice Team.

Sean has represented a variety of large and small businesses, property owners, developers, lenders and law firms in virtually all aspects of litigation. He has conducted numerous trials and arbitrations, including serving as lead trial counsel in both jury and bench trials. He has handled appeals in both the state and federal appellate courts. Additionally, Sean has handled disputes between oil companies and service station retailers including disputes arising from the Petroleum Marketing Practices Act.