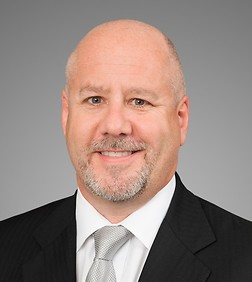 Brad Graveline is a partner in the Intellectual Property and Litigation Practice Groups in the firm's Chicago office. His practice focuses on patent litigation, intellectual property advice, cannabis, trademarks and other commercial litigation.

Brad led the trial team that secured one of the largest (if not the largest) patent infringement damages awards against the United States of America on behalf of client SecurityPoint Holdings, Inc. In a decision from the United States Court of Federal Claims, the Court awarded SecurityPoint more than $103 million in damages based on the government’s unauthorized use of SecurityPoint’s patent claiming a method of using carts to manage and move trays at security screening checkpoints at U.S. airports.  The opinion also provided for delay damages and damages for additional infringement following fact discovery.  When these amounts are added, we expect the judgment to be the largest ever against the United States for patent infringement. In an earlier trial, Brad led the team that secured a victory on the validity of the patent.

Brad is highly experienced in Hatch-Waxman litigation and has represented pharmaceutical companies in more than 30 Abbreviated New Drug Application (ANDA) cases. He frequently represents highly visible clients in high-stakes ANDA cases and has served as lead trial and appeal counsel in numerous cases. Many of Brad’s ANDA cases have involved widely known and blockbuster drugs, including Prozac® (which Fortune Magazine referred to as “The Mother of All Patent Challenges”), Yaz®, Yasmin®, Uloric®, Gralise®, Avodart®, Evista®, Entocort®, Clarinex® and Mircette®.

Brad manages a trademark prosecution and management team that handles the global protection and enforcement of trademark portfolios, and he counsels clients in the strategy and procurement of trademark rights. He previously served as a qualified mediator in the Northern District of Illinois Lanham Act Mediation Program.

Brad is a member of Sheppard Mullin’s Cannabis Team, which has been recognized as a ‘Cannabis Practice Group of the Year by Law360. He advises clients in the cannabis space in connection with the procurement and management of intellectual property, technology transactions and regulatory matters.  Brad is the lead author of the forthcoming book Illinois Cannabis Law (LexisNexis, exp. 2022)

J.D., Northwestern University, Editor of the Journal of Criminal Law and Criminology, 1990