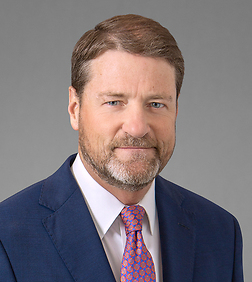 Bill Mateja is a partner in the White Collar Defense and Corporate Investigations Practice Group in the firm's Dallas office.

Unlike many attorneys, Bill does not expect repeat business. Clients he works with are usually facing the kinds of high-stakes, high-stress problems that are not likely to recur – a financial services company under SEC investigation, a hospital accused of Medicare fraud or a C-suite executive charged with fraud or insider trading. These clients turn to Bill to address and resolve the issues, while minimizing the impact to their businesses and reputations.

Bill is an established white collar trial lawyer with a particular focus on healthcare fraud and securities enforcement. A former prosecutor at the highest levels of the Department of Justice (DOJ), Bill was responsible for all the Department’s white collar operations, as well as the day-to-day workings of its corporate fraud task force. He also served as Special Counsel for Health Care fraud overseeing all of the Department’s healthcare fraud enforcement. This experience makes him unusually adept at handling the collateral consequences of white collar matters, which can occur in any of four separate legal forums – criminal, civil, administrative and regulatory – sometimes all at once.

Bill understands each of these forums, and he regularly demonstrates that “the best defense is a good prosecutor.” He maintains strong relationships in U.S. Attorney’s Offices around the country, as well as at the SEC and various state and federal enforcement agencies nationwide. The benefit to clients is that Bill not only thinks like a prosecutor, but at times, he is a contemporary to the prosecutor or investigating attorney assigned to his case. His goal in every matter is to see that business continues with the least amount of disruption, and that each individual receives not only an aggressive defense, but one that is acceptable and comfortable for the client.