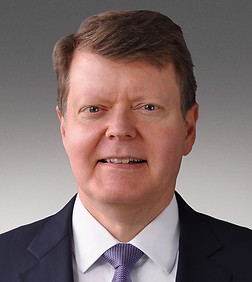 Curt Dombek is a partner in the Governmental Practice. Curt divides his time between the firm's Brussels and Los Angeles offices.

Curt has practiced since 1983 in the field of international trade and regulation. He advises clients on civilian and military export controls, trade sanctions and blocking orders, customs matters, the Foreign Corrupt Practices Act (FCPA), the USA Patriot Act, Free Trade Agreements, CFIUS reviews of foreign investment in the United States, Made in USA and Buy American regulations, FAA and international regulation of unmanned aircraft and  the anti-boycott regulations. He handles export control compliance and other international matters for multinationals in the telecommunications, computer hardware and software, aerospace and defense, automotive, energy, pharmaceutical, chemical, electronics and fashion and apparel industries.

Curt has designed international compliance programs and advised on complex questions of international compliance for companies with operations throughout the U.S. and the European Union as well as in Asia, Latin America and the Middle East. Assisting companies in complying with the detailed export controls on encryption and telecommunications technology is a significant part of his practice, as is the regulatory compliance relevant to cross-border R&D programs.  He has significant experience with the regulation of emerging unmanned aircraft, UAS and eVTOL.

Curt has represented clients in many high-profile international trade cases. In Kuwait, he represented the Kuwait government in the preparation and submission of its Gulf War claims to the United Nations Compensation Commission. Curt has conducted many depositions and other investigative and discovery proceedings overseas and has represented domestic and foreign clients in ICC, LCIA and ad hoc arbitrations in Europe and the Far East as well as the U.S. He has addressed international conferences and published articles on a variety of international legal topics.

CFIUS, Cross-Border Transactions and Due Diligence

Made in USA & Buy American

International Arbitration and Other Disputes