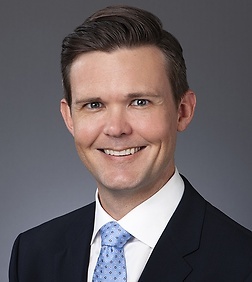 Dylan Price is a partner in the Business Trial and Entertainment, Technology and Advertising Practice Groups in the firm's Century City office.

Dylan practices in the areas of entertainment, intellectual property and commercial litigation.

Dylan also represents various corporate clients involved in business, tort, insurance and consumer class action litigations. He represents foreign clients challenging personal jurisdiction in actions based on both contract and the so-called “stream of commerce” theory, and has obtained dismissals on behalf of multiple clients based on the lack of “minimum contacts” under the federal due process standard for jurisdiction. Dylan has also represented a number of national retailers and fashion companies in consumer class actions involving consumer privacy statutes and false advertising claims relating to outlet store pricing practices.

Dylan represented an animation company and various other defendants in connection with claims for infringement under the Copyright Act in the matter giving rise to Abbas v. Vertical Entertainment, LLC, 854 Fed.Appx. 816 (9th Cir. Aug. 3, 2021), in which the Ninth Circuit affirmed the district court’s orders (a) dismissing certain defendants based on lack of personal jurisdiction, (b) dismissing the infringement claims against the remaining defendants as barred by the three-year statute of limitations set forth in the Copyright Act, and (c) imposing Rule 11 sanctions against the plaintiff’s counsel.  The Ninth Circuit also reversed the district court’s order denying defendants’ motion for attorneys’ fees under the Copyright Act.

Dylan prevailed on an anti-SLAPP motion on behalf of an international broadcaster and its production company in connection with a lawsuit alleging that the clients’ television program converted the plaintiff’s concept for a documentary and tortiously interfered with its contractual relations and prospective economic advantage.

Dylan represented an acclaimed fashion photographer in a dispute with a fashion house over the use of infringing images in an advertising campaign.

Dylan represented a French production company in connection with an investigation into the piracy of the company’s animated film.

Dylan secured a pre-litigation settlement for a foreign distribution company relating to claims involving the Latin American distribution rights to a feature film.

Dylan represented the personal manager for an internationally renowned musician in a proceeding before the California Labor Commission relating to alleged violations of California’s Talent Agency Act.

Dylan represented a national electronics retailer in connection with right of publicly claims asserted by six A-list actors based on the use of movie stills (owned by various film studios), which showed characters the actors had played in various films, to advertise the sale of home entertainment products.

Dylan defended a national department store against right of publicity claims asserted by an A-list actor arising from the sale of a shoe style that bore the actor’s first name.

Dylan represented a couture fashion house in a dispute involving claims for interference, restraint of trade and defamation, brought by a seller of counterfeit goods on a well-known online auction website.  The client prevailed on a motion for summary judgment based on evidence of counterfeiting that was uncovered during discovery.

Dylan represented Nordstrom, Inc. in the matter giving rise to Shaulis v. Nordstrom, Inc., 865 F.3d 1 (1st Cir. 2017), in which the First Circuit unanimously affirmed the district court’s dismissal of the plaintiff’s false advertising claims based on the pricing of merchandise sold at Nordstrom Rack.

Dylan represented a handbag company in a class action asserting false advertising claims relating to the pricing of handbags sold at company-owned outlet stores, which was voluntarily dismissed by the plaintiffs during the course of discovery.

Dylan represented a public entity in connection with claims against its joint powers authority seeking employment practices liability coverage for a host of underlying employment lawsuits, obtaining arbitration awards in excess of $10 million.

B.A., University of Michigan, 2005, with distinction and honors