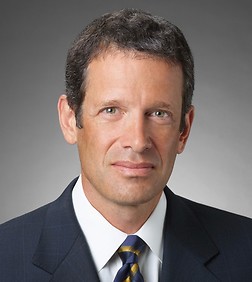 David Sands is a partner and Leader of the Entertainment and Digital Media Team. He is also the former Practice Leader of the Firm's Corporate Practice Group. David splits his time among the Firm's Los Angeles, Orange County, and Century City offices.

David concentrates on the representation of companies involved in the media, entertainment and technologies industries and companies involved in the creation and distribution of financial products and financial services in a wide variety of key strategic transactions, including formation planning and initial capitalization, executive compensation structures, Internet and e-commerce arrangements and institutional capital transactions and other forms of equity and debt offerings (public and private), strategic alliances and partnerships, and merger and acquisitions (including take private transactions). He has extensive experience in providing counseling and providing strategic planning for the Firm's clients.

Featured in Variety's "Dealmakers Impact Report '08." The profile covers several of his entertainment industry matters: representing Reveille owners in its sale to Shine, Cookie Jar in its purchase of DIC and a dispute with American Greetings, as well as Endemol in its acquisition of 51 Minds and Original Media.