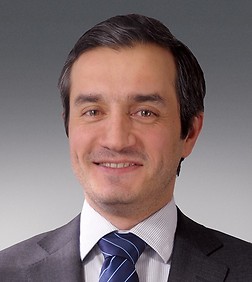 Dimitris Vallindas is counsel in the Antitrust and Competition Practice Group in the firm's Brussels office.

Dimitris advises on all areas of European and Greek competition law. He is a responsive lawyer focusing on the clients’ needs to provide cost-effective and tailor-made solutions that work.

In particular, he has significant experience in handling and coordinating complex multi-jurisdictional cartel and merger cases. Having frequently worked with top quality local counsel, he knows how to navigate through the complex issues that arise in such situations. Dimitris also has in-depth expertise in all types of State aid matters, including R&D, environmental, rescue and restructuring, risk-capital and privatisation cases. He has been frequently involved in litigation both at national and EU level. Dimitris’ expertise covers several industry specific sectors, including the sectors of aviation, telecommunications, rail transport and energy.

Prior to joining Sheppard Mullin, Dimitris was an academic assistant in EU law at the University of Aix en Provence in France.  He then moved to Brussels, where he spent some time in a State aid unit of DG Competition (European Commission). After DG Competition, he switched to private practice and worked for three international law firms specializing in competition law before joining Sheppard Mullin.

Advised Air France-KLM in securing the European Commission’s approval for up to €4 billion in French State aid to recapitalise Air France to help it overcome the impact of the COVID-19 crisis and plan for the future.

Obtained landmark litigation victory after challenging an unprecedented European Commission decision on State aid through an ICSID arbitration award for damages. In June 2019, the General Court of the EU annulled the Commission’s State aid decision, allowing client Viorel Micula to pursue the hundreds euro million damages by Romania that were awarded to them by an ICSID arbitral tribunal.

Advised a power exchange in the Commission’s investigation in the Power Exchanges case, which resulted in a decision following a settlement procedure

Advised the Greek Public Power Corporation (PPC) in Article 102 & 106 TFEU proceedings before the European Commission and EU Courts regarding in particular lignite-based electricity generation, in several State aids proceedings and in various processes during which the Greek State reviewed the regulatory framework to comply with EU rules.

Advised ADEME (a French Environment and Energy Management Agency with the Ministry of the Energy) in designing and implementing a risk protection scheme which the geothermal industry could benefit to provide guarantees on prospection and exploitation risks.

Assisted in the privatization process of Olympic Airways Services and Olympic Airlines, from the design of the process to its notification and approval by the Commission

Assisted in the defense of a major market operator from the early stages of the Commission's investigation to the proceedings before the General Court of the EU.

“State aid in power purchase agreements concluded pre-accession: the requirement for the Commission to carry out a global assessment in the context of the private investor test”, to be published.

“Stanleybet v Commission: The Inadmissibility of Actions for Annulment Against Rejection of Complaints Based on Article 106(1) TFEU, Read in Conjunction with Article 102 TFEU”, Journal of European Competition Law & Practice, vol. 6, no 3, March 2015

“The Paris Commercial Tribunal ruled that a recipient of State aid could not be held liable for not having verified whether the aid had been notified”, commentary of Tribunal de commerce de Paris, 7ème chambre, 07 Décembre 1999, Union française de l'express international v. La Poste, e-Competitions, State Aids-I, N° 13359, 2007, available at www.concurrences.com