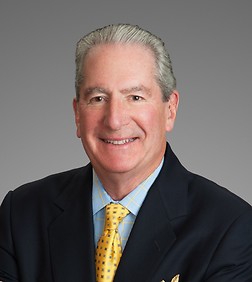 Edward Schiff is a member in both the Corporate and Finance and Bankruptcy Practice Groups in the Washington, D.C. office. Edward is one of two original partners who led the office when it first opened service as the Managing Partner for its initial 10 years.

Edward is a highly experienced, innovative business attorney who has been in practice for over forty years. He assists both publicly and privately held companies structure, negotiate and manage complex corporate, finance and real estate transactions in many diverse industries; advises entrepreneurs and investors on raising and investing capital; and aids in the development of creative and effective financing techniques for project development opportunities. Edward handles acquisitions and divestitures, equity and debt structurings, leveraged buy-outs, joint ventures and strategic partnerships for clients ranging from emerging business enterprises and well established entities to venture capital firms and institutional lenders.

Represented BlueWater Communications Group, LLC in connection with its acquisition by Presidio, Inc., a provider of professional and managed services for advanced IT solutions sponsored by private equity firm American Securities, for cash, stock and potential for an additional cash earn out.

Represented group of foreign-based Shareholders in their successful action to gain operational control of US based "pink-sheet" company.

Represented a financial institution (Wealth Management Operation) in the negotiation and resetting of Ground Rent for major parcel of real estate in Washington, DC.

Represented a national logistics company in connection with its corporate restructuring.

Represented a solar energy company in its corporate restructuring with its PE investors and its negotiation with a public utility for a joint venture to market and implement solar energy products.

Represented a government contractor in connection with the sale of its operations to a PE strategic buyer in the healthcare industry together with the employment of its officers by the new company.

Represented private company in response to an RFP for creation of solar farm for production and sale of electricity into grid.

Represented foreign corporation in obtaining financing from export-import bank of the United States in connection with the construction of cellular towers utilizing solar panels in India.

Represented a private sponsor in the acquisition and financing of multi-state service stations to provide market outlet for ethanol and bio diesel products.

Represented corporation in restructuring PIPE in connection with reverse merger.

Represented Government Contractor in response to RFP in multi-state consolidation and relocation of Corporate Headquarters.

Underwriter's counsel in the preparation and filing of an S-1 with the SEC of a Special Purpose Acquisition Corporation ("SPAC") designed to take advantage of the growing energy market in China.

Represented a specialty pharmaceutical company focused on development of generic drugs for companion animals in assisting and advising it with licensing, manufacturing agreements, capital raise-up and response to government RFP.

Represented franchisee in securing state-wide franchise rights and subsequent financing for development of operations and acquisitions.

Represented a wealth management company in its sale and subsequent redemption of its membership interests from an institutional buyer followed by the restructuring of its operating agreement to provide incentive ownership for asset managers.

Represented a financial institution in a $60 million financing for a private real estate group that acquired historic preservation retail sites in Washington, DC.

Represented a software company in its private financing of debt and equity.

Represented White Energy Holding Company, LLC and its subsidiaries in a secured credit facility with WestLB as administrative agent in connection with construction of 150 million gallon ethanol facility. Negotiated Federal/State partnership for partial financing of project.

Represented White Energy Holding Company, LLC in the acquisition of 100% of the outstanding equity of U.S. Energy Partners, LLC.

Represented several subsidiaries of an owner and developer of office, flex, industrial, retail and multifamily properties in the defeasance and refinancing $100 million in debt.

Represented privately owned company in a $100 million transaction with a publicly traded company that provides technology to national security agencies and departments.

Representation relating to the sale/leaseback of income producing assets and the subsequent securitization of those assets.

Represented syndications in the placement of financing for the acquisition of performing and non-performing loan portfolios.

Represented European based lender in connection with financing the acquisition and development of hotels, conference centers, and recreational facilities.