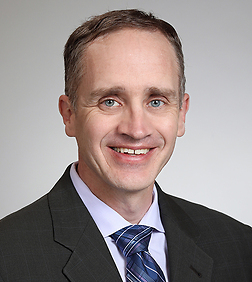 Harper Batts is a partner in the Intellectual Property Practice Group located in the firm's Silicon Valley office. He is also the leader of Sheppard Mullin’s Post Grant Proceedings (PTAB) Group.

Harper has almost two decades of experience as an intellectual property litigator and client counselor. Harper has obtained institution on more than 95% of the IPRs he has filed – a number unmatched across the country.  Numerous Fortune 500 clients have relied upon his experience to represent them in highly contentious patent disputes in venues across the country. He has been selected multiple times as a Top IP Attorney in California by the Daily Journal, and IAM Patent 1000 noted that Harper “performs adroitly in post-grant proceedings on both the patent owner and petitioner sides.” In 2021, he obtained institution of numerous petitions for inter partes review, obtained numerous final written decisions finding all claim unpatentable, and obtained an exceptional case finding and an award of attorney’s fees in the Central District of California in 2020.

He focuses on immediately determining the most relevant and effective pressure points against an adversary to quickly resolve a dispute with minimal disruption and cost to a client.

Harper is one of the leading attorneys for handling complex PTAB challenges across a variety of technologies, having obtained institution on almost every IPR he has filed. Harper has represented patent challengers and patent owners in more than 80 CBM and IPR proceedings. He has extensive experience in cases before the Patent Trial and Appeal Board.

In addition to his extensive IP litigation experience, Harper has frequently been called upon to conduct negotiations between direct competitors, as well as conducting due diligence regarding the potential acquisition of large patent portfolios.

Law of the Level Blog Posts

United States Court of Appeals for the Federal Circuit

United States District Court for the Northern District of California

United States District Court for the Eastern District of Texas