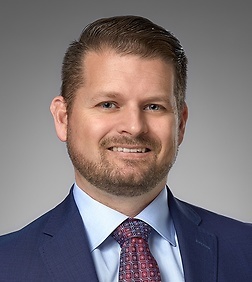 Isaiah Weedn is special counsel in the Business Trial Practice Group and is based in the firm's Orange County Office. He leads the office's law student recruiting and summer associate programs and is also heavily involved in pro bono and diversity, equity, and inclusion initiatives. He also serves on the Orange County Bar Association's Diversity and Inclusion Committee.

Isaiah collaborates with his clients to develop and execute dispute resolution strategies tailored to their goals and needs, as well as the particulars of the situation. Isaiah is often able to work with his clients and opposing counsel to resolve disputes before they escalate to the point of expensive and time-consuming litigation or arbitration.  For those cases where early dispute resolution is not practicable, Isaiah has experience in a broad spectrum of litigation in federal and state courts as well as arbitration proceedings before various commercial arbitration providers. His clients include real estate investors/owners/managers, financial institutions, court-appointed receivers, commodity traders, manufacturers, builders, construction project owners, healthcare providers, government entities and religious organizations. He helps clients resolve disputes with their partners, investors, borrowers, former employees, competitors, vendors and customers in matters involving breach of contract, unfair competition, discrimination, fraud, conversion, and misappropriation of trade secrets.

Isaiah has ample experience assisting creditors in bankruptcy court proceedings to maximize their recovery from the debtor’s bankruptcy estate, including pursuing debtors who attempt to conceal assets from the bankruptcy court or whose debts are the result of the debtor’s fraudulent misconduct.  He has extensive experience representing lenders in loan enforcement/foreclosure actions involving loans secured by commercial real estate and also represents court-appointed receivers in such matters.  He has substantial experience defending consumer class action claims for predatory lending and improper debt collection practices. He defends government entities against discrimination claims based on Title II of the Americans with Disabilities Act (ADA) and similar statutes. In addition, he represents property owners in connection with ADA and Fair Housing Act (FHA) claims.

Representation of a wealth management firm in a lawsuit against its former employees for misappropriation of trade secrets.  While they were employed by Mr. Weedn’s client, two high-level executives secretly planned to steal and use non-public, confidential, and trade secret information to take to a competitor or start their own new, competing wealth management business, including information about: (a) high net worth clients, including highly confidential information concerning client names and contact information, assets under management, bank account balances, trading strategies, trust terms, planning goals, investment objectives, risk tolerance, assets, liabilities, income, expenses, taxes, and similar highly confidential client data; and (b) key employees, including information about their compensation, specialized expertise, level of involvement in specific client relationships, and similar highly confidential information.  After a multi-day hearing, Mr. Weedn obtained a preliminary injunction against the scheming ex-employees, preventing them from using the misappropriated trade secrets.  The dispute settled shortly thereafter on terms favorable to Mr. Weedn’s client.

Representation of a financial institution in the defense of lender liability claims. Mr. Weedn’s client loaned a large church more than $28 million for the redevelopment of their Los Angeles campus. The borrower mismanaged the construction project, forcing Mr. Weedn’s client to eventually foreclose on the property. The church responded by suing Mr. Weedn’s client for damages in excess of $50 million and taking various actions to prevent the client from selling the property post-foreclosure. Mr. Weedn removed the cloud on the property’s title (permitting the client to sell it during the pendency of the lawsuit), defeated the vast majority of the plaintiff’s claims via summary adjudication, and ultimately prevailed on the remaining claims after an eight-day jury trial. Mr. Weedn’s client was awarded more than $2 million dollars to compensate for the attorney fees and litigation costs the company was forced to incur during the lawsuit.

Representation of a California county in defense of ADA discrimination claims. Several community organizations filed suit against the county alleging discrimination against persons with mental and/or developmental disabilities in connection with the administration of a county-administered welfare benefits program. Mr. Weedn represented the county throughout the litigation and spear-headed approximately eight months of intensive, complex settlement discussions and multiple mediation sessions. After approximately two years of litigation, the plaintiffs voluntarily dismissed their claims.

Representation of a financial institution in a breach of loan agreement and guaranty litigation. Mr. Weedn’s client loaned a winery nearly $5 million based in part on the owner’s personal guaranty. The borrower failed to repay the loan and the guarantor filed for bankruptcy, representing that his assets were far less than what he had represented to Mr. Weedn’s client to obtain the loan for his company. The guarantor then transferred virtually all of the borrower’s valuable assets to another company to continue the business and avoid collection. Mr. Weedn prevailed at trial and obtained a judgement against the borrower for the full amount of the debt (plus interest) and later successfully moved to add the successor company to that judgment. Mr. Weedn also prevailed at trial against the guarantor in bankruptcy court and obtained a judgment denying the guarantor a bankruptcy discharge of his debt to Mr. Weedn’s client.

Representation of a financial institution in a breach of guaranty arbitration. Mr. Weedn’s client loaned a developer more than $20 million for redevelopment financing of a historic, 1930’s art deco office building located in Downtown Los Angeles. The development plan called for a luxury loft conversion that preserved the historic architecture, allowing the developer to obtain additional equity investment in exchange for historic tax credits. An entity related to Mr. Weedn’s client provided this additional equity investment. The developer ultimately defaulted on the loan and Mr. Weedn’s client foreclosed, leaving a deficiency of over $13.5 million. The loan guarantor refused to pay the deficiency and later filed a separate counter-suit, claiming that Mr. Weedn’s client and the related equity investor had colluded with one another from the very outset of the deal and that steps taken to preserve the historic tax credits had depressed the value of the building at the foreclosure sale. Prior to the arbitration, the guarantor proposed to settle all matters in exchange for a $20 million payment by Mr. Weedn’s client to the guarantor. Unfortunately for the guarantor, the arbitrator did not accept the guarantor’s defenses and awarded Mr. Weedn’s client the full amount of the deficiency plus all pre-award interest – a total of more than $18.5 million.

Representation of physicians/partners in an oncology practice. Mr. Weedn’s clients elected to withdraw from their partnership with another oncologist. Their former partner responded by locking them out of the partnership’s patient management system, preventing them from accessing records for patients under their care. Mr. Weedn quickly obtained a court order requiring the immediate release of his clients’ patient records.

Representation of private equity firm in a land lease dispute with a Southern California municipality. Mr. Weedn's client had owned and sold a large multi-family residential property that was subject to a land lease with the municipality. A six figure portion of the purchase price was held back in an escrow account pending the municipality's final audit of the property's income. The municipality ultimately laid claim to the entire escrowed sum plus additional amounts for purported underpayments of amounts due under the land lease and auditor and attorneys' fees. A mediation ultimately resulted in Mr. Weedn's client receiving the majority of the escrowed sum with no liability for the municipality's auditor or attorneys' fees. Convincing evidence was presented concerning the clear inadequacy of the municipality's audit and the client's payment of all amounts due under the lease.

Representation of private equity firm in a contract dispute with its joint venture partner. Mr. Weedn's client and its joint venture partner were co-owners of two portfolios of large multi-family residential properties located in the Western United States. A dispute arose concerning the extensive remodeling and management of one of the portfolios' larger properties and litigation ensued. Mr. Weedn spear-headed documentation of the agreement that permitted the parties to settle their dispute while also preserving their ongoing business relationship.

Representation of a commercial property landlord in a lawsuit against a former tenant who vacated the premises several years prior to lease expiration. The tenant, a large electronics retailer, had been acquired by a competitor who proceeded to close many of the tenant's locations without compensating landlords. The defendant agreed to pay a seven figure sum in settlement after being sanctioned by the court and losing a motion to compel discovery concerning the relationship between the tenant and its new parent company.

Representation of a real estate investment firm in a lawsuit against the company's former head of sales and his new employer for breach of contract, breach of fiduciary duty, and misappropriation of trade secrets. The former head of sales left Mr. Weedn's client for a direct competitor, taking two key employees and a wealth of confidential business planning and sales lead information with him. The defendants agreed to discontinue use of all confidential materials obtained from Mr. Weedn's client, make guaranteed settlement payments to Mr. Weedn's client of $2 million, and additional contingent settlement payments potentially totaling $1.2 million.

Representation of a mortgage lender in a class action concerning disclosure of loan fees. Representatives of a putative class of mortgage borrowers accused Mr. Weedn’s client of misrepresenting the various fees and costs associated with the origination of their mortgage loans and sought recovery of tens of millions of dollars.  Class counsel demanded $40 million to settle the case. Rather than take that offer, Mr. Weedn filed a motion for summary judgment arguing, among other things, that the alleged misrepresentations were immaterial in light of the fact that all borrowers had been fully informed concerning the amounts and types of fees they were being charged. The court agreed and the case was dismissed.

Representation of red light photo enforcement system provider in a breach of contract action against a municipality. Mr. Weedn represented the client in a week-long arbitration, resulting in an award in excess of $1 million. Mr. Weedn also helped to defeat the defendant's subsequent attempt to have the arbitration award set aside by the Los Angeles Superior Court.

Representation of a Southern California-based manufacturer in a breach of contract lawsuit against a customer and its principal owner. Mr. Weedn's client had delivered more than $1.5 million worth of material to its long-time customer. The customer not only failed to pay but also filed for Chapter 7 bankruptcy shortly after a lawsuit was filed. While continuing to pursue an adversary proceeding in bankruptcy court, a second lawsuit against the principal owner was launched in Nevada. This strategy resulted in Mr. Weedn's client obtaining title to a parcel of commercial real estate in Las Vegas and an additional six figure settlement payment.

Representation of computer accessories manufacturer in an embezzlement suit against the company's former CEO. As sole trial counsel, Mr. Weedn tried the matter through to verdict in the Orange County Superior Court. The trial resulted in a six figure judgment in favor of Mr. Weedn's client.

Representation of a mobile technology company in a lawsuit against the company's former CEO and his new employer for breach of fiduciary duty and misappropriation of trade secrets. After filing suit in U.S. District Court, Mr. Weedn negotiated a very favorable settlement which included a pay out to his client in the high six figures.

Mr. Weedn is a member of the Association of Business Trial Lawyers and the Orange County Bar Association.