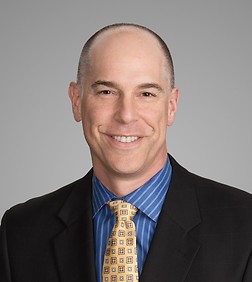 Jonathan Aronie is the Leader of the firm's Governmental Practice Group and is a former Managing Partner of the Washington, D.C. office. Jonathan also is a founding member of the firm's Organizational Integrity Group, a cross-disciplinary team of litigators, regulatory specialists, federal monitors, and ex-prosecutors with extensive experience helping organizations prevent and defend against challenges to their organizational integrity.

Jonathan counsels and represents large and small clients in some of the country's most prominent classified and unclassified government contracts matters, including bid protests, claims, self-disclosures, internal investigations, Department of Justice (DOJ) investigations, and False Claims Act investigations. As the co-founder and co-leader of the firm’s Organizational Integrity Group, Jonathan also spends significant time working with clients to identify and mitigate known and unknown risks before those risks become problems.

Jonathan’s experience includes litigating under the qui tam provisions of the False Claims Act, conducting early risk-based “legal pre-mortems,” developing and implementing corporate compliance programs, conducting internal investigations (proactive and defensive), and providing advice on the FAR Mandatory Disclosure Rule as well as a variety of federal regulatory and statutory matters. He frequently represents clients before the DOJ, the Government Accountability Office, the General Services Administration, and other defense and civilian agencies. Additionally, Jonathan is cleared at the highest levels (TS/SCI) and counsels and defends clients in classified matters.

Jonathan has authored more than 100 articles and co-authored what is regarded by many as the leading treatise on the GSA Multiple Award Schedule Program, published by Thomson West. He is a regular speaker at national and international forums and CLE programs, including Government-sponsored symposia. He is a member of the Public Contracts section of the ABA and served on the ABA Task Force that drafted formal guidance regarding the FAR Mandatory Disclosure Rule.

As part of Jonathan's internal investigation practice, he was appointed in 2013 by the U.S. District Court for the Eastern District of Louisiana as the federal monitor over the New Orleans Police Department (NOPD) responsible for reviewing, assessing, and reporting publicly on the NOPD's compliance with a far reaching federal Consent Decree. He previously served as the Deputy Independent Monitor over the Metropolitan Police Department, a position created as a result of an agreement between the DOJ and the District of Columbia.

Selected as a member of the PCI Board of Advisors

Appointed as federal monitor over the New Orleans Police Department by the U.S. District Court for the Eastern District of Louisiana

Selected as a speaker for the Louisiana State Bar Association's 11th Annual Conclave on Diversity in the Legal Profession entitled, "Diversity and Inclusion: From Rhetoric to Reality," March 9, 2018

Selected to serve on the Section 846 Panel regarding Procurement Through Commercial e-Commerce Portals at public meeting hosted by GSA and OMB, January 9, 2018