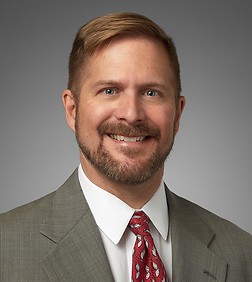 John Brooks is a partner in the Business Trial Practice Group in the firm's San Diego office.

John is a proven first-chair trial lawyer — defeating over $500 million in claims at trial or arbitration, against less than $600,000 in adverse verdicts.  John, a member of the California Academy of Appellate Lawyers, also helps clients preserve victories and expunge defeats on appeal, winning numerous published opinions.  He is a three-time recipient of the California State Bar’s Wiley W. Manuel Award for outstanding pro bono legal services.

John’s clients include insurers, healthcare entities, self-storage operators, and other consumer-facing companies that entrust him with high-exposure cases in California and nationwide.

Clients turn to John, inside and outside California, because of his track record of success in high-exposure cases before trial, at trial, and on appeal in the areas of insurance, healthcare, and consumer class actions.  Representative matters include:

Defense verdict, after 10-day jury trial, on $5.5 million claim for bad faith and elder abuse in connection with claim for uninsured motorist benefits. (2018)

After being brought in by insurer on eve of trial, tried 4-week trial of claim that bad faith handling of UIM claim drove the plaintiff out of business and led him to attempt suicide.  The trial resulted in a verdict less than 25% of plaintiff’s lowest pre-trial demand. (2015)

Under Hawaii law, won summary judgment for insurer in suit seeking over $30 million based on accusation that insurer’s delay in settling business interruption claim drove insured out of business. (2016)

After being brought in on eve of trial in an $80 million certified class action alleging underpayments to provider by health care service plan client, won class decertification and complete dismissal without payment by the client. (2015)

After being brought in two years into class action litigation, won complete dismissal through an anti-SLAPP motion of suit contending that a medical group client illegally charged excessive witness fees when its physicians were subpoenaed to testify. (2015)

After being brought in two years into class action litigation, won complete dismissal through an anti-SLAPP motion of suit contending that a medical group client illegally charged excessive witness fees when its physicians were subpoenaed to testify. (2015)

Other Victories Resulting in Appellate Opinions