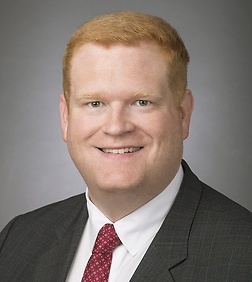 Joe has conducted numerous internal investigations involving a broad range of alleged or suspected misconduct. He regularly represents boards of directors, audit committees and companies in complex independent and internal investigations around the world involving U.S. law enforcement, U.S. civil regulators and foreign criminal and civil authorities. His global practice has included matters around the world, including in Europe, Asia, Africa and North and South America, as well as within the U.S. He has broad experience in matters involving the World Bank and other multi-lateral development organizations.

Joe has represented a broad range of corporations from intelligence and defense contractors to retail chains in an array of cybercrime matters ranging from nation state hacking attacks to business email compromises.  Joe advises and represents these victim organizations in responding to cyberattacks, investigating what took place, and reporting and coordinating with law enforcement.

Joe counsels financial institutions and corporations in matters involving export controls and U.S. economic sanctions laws and related regulations. On behalf of clients, he has prepared voluntary disclosures to the Office of Foreign Assets Control, the Directorate of Defense Trade Controls and the Bureau of Industry and Security at the Departments of the Treasury, State and Commerce respectively. He has also led internal investigations in these areas.

Joe also represents buyers and sellers in transactions before the Committee on Foreign Investment in the United States (CFIUS). He regularly prepares notifications, engages with CFIUS during its review processes and negotiates mitigation agreements, including proxy and special security agreements, as appropriate. Most recently, Joe represented two Chinese corporations, each of which received clearance for their acquisition of U.S. industrial assets.

Joe maintains an active pro bono practice focused on criminal justice matters.  He has successfully fought for, and obtained, clemency on behalf of federal prisoners.  Most recently, Joe helped secure clemency for a federal inmate sentenced to a mandatory minimum of life for a non-violent drug offense after almost 30 years in federal prison.

"The Stockman Decision: An Expansion of Indemnification and Advancement Rights in Limited Partnerships," Thomson Reuters, September 1, 2009