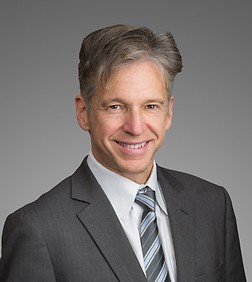 John M. Landry is a special counsel in the firm's Los Angeles office.  He is a member of the firm's Business Trial Practice Group.

Represented Amgen and other defendants in a putative ERISA class action arising from defendants' decision to offer Amgen stock as an investment option in company-sponsored pension plans. Plaintiffs allege, inter alia, that defendants should have known during the alleged class period that investment in Amgen was no longer prudent and thereby breached fiduciary duties under ERISA. Mr. Landry was brought in to handle issues on appeal.

Represented Microsoft in defending a lawsuit brought by Sun Microsystems alleging monopolization and tying violations of the federal antitrust laws. The case was filed in 2001 and a settlement was reached in 2004.  Mr. Landry’s role consisted of briefing motions to dismiss, opposing preliminary injunctive relief and working with Microsoft’s expert witnesses.

Represented Medo Industries, a subsidiary of Pennzoil/Quaker State, in a case brought by a rival alleging that Medo was attempting to monopolize a nationwide market for automotive air fresheners and had engaged in unfair competition in violation of California law.  The case settled on favorable terms.

Represents Asiana Airlines in a federal multi-district class action alleging a global conspiracy by air cargo carriers to fix fuel and other surcharges in violation of the Sherman Act, state law, and European competition law. Mr. Landry handles various aspects of this case including working with Asiana’s expert consultants.

Represented RITA Medical Systems, Inc. and its directors in class action litigation brought by certain shareholders seeking to enjoin a merger.  Mr. Landry handled all aspects of the litigation including negotiating a settlement that allowed the merger to proceed without delay.

Represented KPMG in an action in California arising out of the World Bazaars Inc's bankruptcy case. Mr. Landry handled all discovery and summary judgment proceedings. The case was settled favorably while KPMG’s summary judgment motion was pending.

Represented Zero.Net, an internet incubator and holding company, and several of its directors and affiliates, in federal securities fraud litigation brought by key investors who sued after the collapse of the company's stock price.  Mr. Landry handled all aspects of the litigation, including developing a loss causation defense and defeating plaintiffs' early efforts to attach the client's California assets.  After narrowing the pleadings, and conducting discovery, John settled the litigation in a manner favorable to the client.

Represented Synetic Inc. and coordinated its responses to a formal investigation by the Securities and Exchange Commission  regarding suspected illegal trading by an outside director and his alleged tippees.  Tasks included negotiating significant limitations on discovery requests and advising the client on attorney-client privilege issues.

Represented Medco Containment Services Inc. and two of its subsidiaries in several shareholder lawsuits filed in Delaware Chancery Court arising from Merck and Co., Inc.'s announced $6 billion acquisition of Medco in 1993.  Claims against Medco directors included breach of fiduciary duties and securities violations.  After defending numerous depositions, Mr. Landry negotiated a resolution of each litigation, which included structural changes to the transactions, on terms favorable to Medco.

Represented Medco Containment Services Inc. in responding to an investigation by the Securities and Exchange Commission of suspected insider trading in Medco shares prior to a merger announcement.  Tasks included conducting an investigation for the client and preparing extensive chronologies as requested by the SEC.

Represented KPMG in a major accountants’ liability action arising from KPMG’s role as auditor for Orange County from 1992-1994.  After seeking bankruptcy protection in December of 1994, the County sued KPMG for alleged breach of contract and negligence relating to investment losses of $1.8 billion in the County’s portfolio.  Mr. Landry’s role in the case consisted of organizing and managing KPMG’s discovery of significant third party witnesses, including various water districts and school districts which had placed funds in the County’s investment pool.

Represented Merck and Co., Inc. in In re Brand Name Prescription Drug Litigation, one of the largest private antitrust litigations ever brought in the United States.  Plaintiffs, independent and chain store pharmacies, through class actions and individual lawsuits, sued the entire brand-name prescription drug industry, alleging that defendants conspired to fix prescription drug prices in violation of Section 1 of the Sherman Act and that they engaged in price discrimination in violation of Section 2(a) of the Robinson-Patman Act.  In the class actions, Mr. Landry managed offensive and defensive discovery.  Among other things, Mr. Landry supervised numerous associates and contract attorneys, conducted key depositions of executives of the leading plaintiff drug store chains, including Walgreens and Rite Aid, defended depositions and argued several pivotal discovery motions.  In 1997, Merck settled the class cases on a favorable basis.

Represented Porex Technologies Corp., a former distributor of silicon gel breast implants and a defendant in multi-district breast implant litigation.  Mr. Landry advised Porex with respect to its litigation strategy and settlement discussions.  In counseling Porex regarding its potential exposure arising from this litigation, Mr. Landry also negotiated with Porex’s insurance carriers regarding the funding of defense and indemnity costs and advised Porex with respect to public disclosure of the litigation and its impact on the financial condition of the company.

Represented Porex, a breast implant distributor, in a product liability insurance coverage dispute. Porex and its primary insurance carrier sued Mitsui, the insurer of the manufacturer of the breast implants distributed by Porex, with respect to certain insurance policies in which Porex was named as an additional insured. Mr. Landry conducted deposition discovery of Mitsui representatives and drafted memoranda in opposition to several dispositive motions.

Represented Northern Telecom in a product failure case. After AT&T sued the Human Resources Administration of the City of New York (the HRA) to collect outstanding long distance bills for calls fraudulently charged to the HRA, the City impleaded Northern Telecom, Inc., the manufacturer of the HRA’s telephone switch, through which the unauthorized calls were made. Mr. Landry defended Northern Telecom against the HRA’s claims for alleged defective manufacture and design and breach of contract. In addition to conducting discovery, Mr. Landry drafted the motion for summary judgment which disposed of the entire case against Northern Telecom. The reported decision is a leading case on the economic loss rule, a principle which bars recovery in tort where defendant’s negligence did not result in personal or property damage.