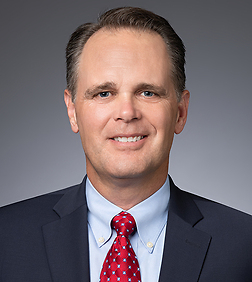 Jeff Parker is a partner in the firm's Los Angeles office, where he specializes in complex commercial, products liability, and environmental litigation through trial and appeal, as well as environmental law. Although based in Los Angeles, he routinely handles matters throughout California and works out of the firm's many offices.

He helps clients develop Prop 65 warnings programs and guides clients through evaluating and responding to pre-lawsuit notices of intent to sue under various state and federal statutes. He has also advises clients with respect to the California Air Resources Board and South Coast Air Quality Management District variance proceedings, Regional Water Quality Control Board permit proceedings, and resulting writs of mandate. He has 25 years of experience advising on voluntary and agency mandated investigation and remediation of contaminated land, response to agency orders, handling of hazardous substances, and evaluation of potential human exposure to chemicals.

In 2019, Jeff defended Exxon Mobil Corporation and ExxonMobil Oil Corporation in a jury trial in the U.S. District Court for the Central District of California in Orange County Water District v. Unocal, et al., a product liability and nuisance lawsuit that was initially part of a Federal multi-district litigation matter in the Southern District of New York, then remanded to California for trial. The plaintiff initially sought hundreds of millions in damages, but the case settled very favorably after the defendants’ opening statements. Earlier in the case, Jeff obtained a major summary judgment victory in the Southern District of New York, disposing of most of the claims asserted by the plaintiff.

In 2013, Jeff obtained summary judgment on 4 of 5 claims in City of Merced Redevelopment Agency v. Exxon Mobil Corporation, et al., a Federal multi-district litigation matter in the Southern District of New York. In 2015, after transfer to the Eastern District of California for trial, he prevailed on a second motion for summary judgment dismissing the plaintiff’s remaining claim for cost recovery under the Polanco Act.

In 2010, Jeff tried the case of Sullins v. Exxon Mobil Corporation in the Northern District of California, obtaining a jury verdict for the defense in July 2010 and a bench trial judgment for the defense on the remaining claims in January 2011.

In 2010, Jeff obtained summary judgment in D&H v. Exxon Mobil Corporation, which was affirmed in full on appeal in 2011.

For over 25 years, Jeff has advised clients with respect to conducting environmental and health safety investigations and remediation, as well as associated community and governmental relations issues. Examples include:

Profiled by Los Angeles Business Journal as one of "L.A.'s Leading Environmental Lawyers."

Member, Litigation and Environmental Law Sections of the State Bar of California