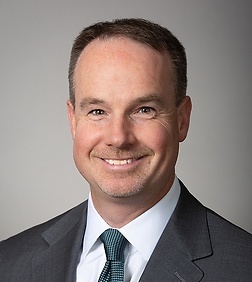 Kevin Smith is a special counsel in the Labor and Employment and Litigation Practice Groups in the firm's New York office.

Kevin acts as trial and litigation counsel for all types of civil litigation, including employment, commercial, securities, and class action litigation before arbitral forums, state and federal courts, and local administrative and regulatory agencies.

In the labor and employment arena, Kevin routinely represents management in discrimination, harassment, retaliation, whistleblower and compensation disputes in federal and state courts, in arbitrations before the American Arbitration Association and the Financial Industry Regulatory Authority, and in proceedings before various federal and state administrative agencies. Kevin also counsels and advises clients on numerous employment law issues.

In 2005, Kevin was seconded for several months to JPMorgan Chase & Co.'s employment law group, where he litigated employment and compensation disputes; managed outside counsel on certain litigation matters; and advised and counseled business units in connection with litigation and employment issues.

Prior to Kevin’s arrival at Sheppard Mullin, he was special counsel at Kelley Drye. Prior to that, Kevin was an assistant corporation counsel with the City of New York, Office of the Corporation Counsel, where he defended the City of New York in employment discrimination and other civil actions. While there, he tried, as either first or second chair, seven cases to verdict.