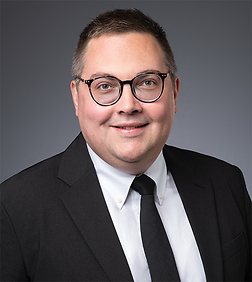 Keith Kelly is an associate in the Entertainment, Technology and Advertising Practice Group in the firm's Century City office.

Keith concentrates his practice on domestic and international entertainment transactions including all aspects of development, production, distribution, financing, and licensing of motion pictures and television programs. He provides holistic counsel to studios, media companies, and independent producers on a myriad of issues related to the creation and distribution of motion pictures, television series, documentaries, and animated projects.

Before becoming a lawyer, Keith was a co-founder of a digital marketing agency in New York where he advised musicians, record labels, film and television producers, and technology companies in the creation and execution of global advertising and marketing campaigns. He was also an on-air DJ, interned at Sony Music, and studied international business and art in France.

While in law school, Keith served on the Editorial Board of the UMKC Law Review and President of the International Law Society. He received the Pro Bono/Public Service Honors Award, Marvin and Patricia Rich Corporate Law Prize, and is the 2018 Transactional LawMeet National Champion and Best Draft Award recipient, the nation’s premiere transactional competition for law students.

Prior to joining Sheppard Mullin, Keith worked at a national entertainment law firm as a commercial litigator in which capacity he represented talent and entertainment companies in high stakes copyright infringement, contractual disputes, business torts, and defamation and right of privacy. He has appeared before state and federal courts, at both the trial and appellate levels, and has considerable experience with alternative dispute resolution.