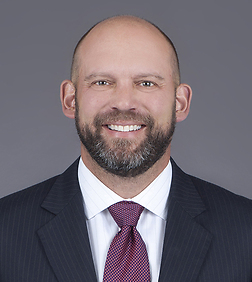 Martin Bader is a partner in the Intellectual Property Practice Group in the firm's San Diego (Del Mar) office.

Martin is an intellectual property trial lawyer. He has obtained numerous high-profile victories for high technology clients at trial and on summary judgment in the District Courts throughout the U.S. and at the International Trade Commission (ITC). He is also highly skilled at conducting post-grant proceedings before the U.S. Patent and Trademark Office (USPTO), including as lead counsel in inter partes reviews (IPRs) and ex parte reexaminations. In 2020, he was ranked as the #1 overall performing lawyer in the country at the PTAB, and the #1 lawyer representing Petitioners (with a 100% success ranking) in the Patexia IPR Intelligence Report.  He has also been named as a “Litigation Star” by Benchmark Litigation, one of the “Best Lawyers in America” by Best Lawyers, and one of “The World's Leading Patent Professionals” by IAM Patent.

Martin has served in key roles in high-profile trials, including as one of the lead trial lawyers in the TCL v. Ericsson case in which he obtained a major victory on behalf of TCL. In that case, TCL sought a FRAND license to Ericsson's 2G/3G/4G SEP portfolio and the Court ultimately set rates between four to 12 times less than Ericsson was demanding. This case was named a "Milestone Case of the Year" by Managing Intellectual Property magazine, as it was the first case to ever value a large SEP portfolio. He has also litigated over a dozen other cases relating to Standard Essential Patents (SEPs), including a complete defense jury verdict in the Eastern District of Texas and a verdict for respondent at the ITC.

Martin is also a registered patent attorney. He represents clients in IPRs, patent reexamination proceedings and trademarks oppositions before the USPTO, and conducts IP due diligence for corporate transactions and acquisitions. He has filed dozens of petitions for IPR in connection with concurrent patent infringement actions related to cellular technology, including 3G and 4G technology, location based services, the Android operating system and others.  As mentioned above, he was recognized as the #1 ranked attorney in the country for IPRs in the 2020 Patexia IPR Intelligence Report.

"Top Attorneys in the PTAB" 2015 for Inter Partes Reviews