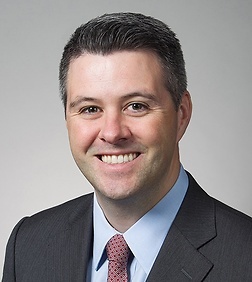 Mike Driscoll is a partner in the Finance and Bankruptcy Practice Group in the firm's New York office.

Prior to law school, Mike was an active duty and reserve officer in the U.S. Marine Corps. He served two tours in Iraq and has been awarded two Navy and Marine Corps Achievement Medals and a Combat Action Ribbon. He was honorably discharged from the Marine Corps as a Major.