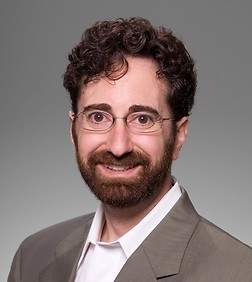 Marc Sockol is a partner in the Intellectual Property Practice Group and the former Office Managing Partner in the firm's Silicon Valley office.

Marc specializes in intellectual property rights. He applies his technical and legal skills to client counseling, portfolio analysis and development, preparation and prosecution of patent applications, preparation of patentability, invalidity and noninfringement opinions, and the assertion and defense of patent litigation claims. He also has experience in trademarks, copyrights, trade secrets, open source and technology licensing.

Marc has drafted, prosecuted and defended more than 1000 patent applications across a broad spectrum of technological areas, including:

Prepared and prosecuted four patent applications for Finjan, Inc., a provider of cybersecurity solutions (hardware and software) to the enterprise.  The U.S. Court of Appeals for the Federal Circuit decided on January 10, 2018 that Blue Coat Systems, Inc., is liable for infringement of three of the four patents including the primary patent involved, the ‘844 patent, that Marc prosecuted through issuance and owned by Finjan; the court awarded approximately $39.5 million in royalty damages;

Prepared and prosecuted patent applications involving data synchronization software on behalf of a software company that is currently managing a successful enforcement program. The enforcement program has earned the company close to a billion dollars. In fact, the company asserted a patent infringement litigation based on patents he drafted that achieved a $267.5 million jury award;

Prepared and prosecuted patent applications involving network security software on behalf of a venture-backed provider of secure network gateway solutions. The company recently asserted a patent infringement claim based on patents he drafted that achieved a multimillion-dollar jury award and increased revenue;

Prepared and prosecuted patent applications involving wireless technology (IEEE 802.11a, b, g and e) on behalf of a multinational company;

Developed and managed a patent capitalization program (including invitations to license and direct negotiations) on behalf of a data and network security company;

Defended a group of multinational companies at both district court level and appellate level for patent infringement involving Intel chipsets and Microsoft NetMeeting (the case has recently been publicized for its influence on the rules for patent exhaustion, Quanta v. LG Electronics, 453 F.3d 1364, 79 USPQ.2d (BNA) 1443 (Fed. Cir. 2006), rev'd, 553 U.S. 617 (2008);

Defended a multinational company in settlement negotiations based on a claim of patent infringement of Gilbert Hyatt patents for manufacturing and selling disk drives;

Conducted a freedom-to-operate analysis of a system involving GPS technology on behalf of a multinational company;

Conducted US and foreign IP due diligence reviews for investors and VCs considering investment in startup companies;

Testified as technical expert on GBICs in a federal district court trial.