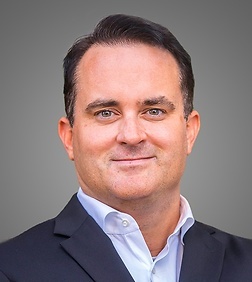 Matt Sonne is a partner in the Labor and Employment Practice Group in the firm's Orange County office.  In addition to being one of the state’s leading authorities in defending employers against Private Attorneys General Act (“PAGA”) and class actions, he is an accomplished litigator and trial attorney. Matt is also fluent in Spanish and frequently advises employers on Spanish-speaking workforce issues.  Prior to becoming an attorney, Matt worked in the west wing of the White House as a writer for the President.  He is a frequent writer and commentator, most recently having appeared on Fox 11’s Good Day LA as a legal expert on Covid-19 workplace issues.

Matthew concentrates his practice on labor and employment law representing employers. He litigates in multiple areas of employment law and defends against individual and class action lawsuits alleging violations of wage and hour laws, discrimination, wrongful termination, harassment, breach of contract, labor code section 132a claims, and other related matters. Matthew represents employers in state and federal courts, as well as before the DLSE, EDD, and other administrative bodies. He also advises employers on handbook preparation, employment contracts and applications, and personnel policies. Matthew also has experience with the National Labor Relations Board and has represented employers in related investigations. He has experience in civil appeal practice, including briefing and oral argument before the California Court of Appeal and briefing to the California Supreme Court.  Matthew was recently elected to the Executive Board of the Association of Business Trial Lawyers (“ABTL”) and currently serves as Secretary of the Board.

(For more information about Matthew's experience, including his published articles, court decisions, and speeches, please click on the appropriate boxes above).

Achieved a complete dismissal of “suitable seating” claims under PAGA against a retail client in Santa Clara Superior Court.

Defeated class certification for a manufacturing company on all counts in a wage and hour class action before the Orange County Superior Court.

Achieved what may be the first trial court ruling in California enforcing a class action waiver after the California Supreme Court's Gentry decision made such waivers difficult to enforce.

Defeated class certification for a retail service company on all counts in a wage and hour class action before the Los Angeles County Superior Court.