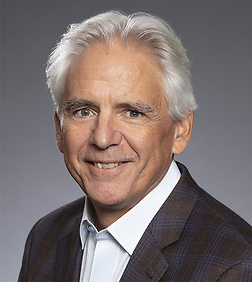 Nicholas W. (“Nico”) van Aelstyn is a partner in the Real Estate, Land Use and Environmental Practice Group in the firm’s San Francisco office.

CERCLA. Mr. van Aelstyn represents individual PRPs and serves as common counsel for PRP groups at several state and federal Superfund sites. He has negotiated settlements with state and federal regulatory agencies, as well as other PRPs. He also has handled allocation disputes and other internal PRP group issues. Nico has experience with all manner of Superfund sites, including large contaminated sediment sites, regional groundwater plume sites, waste disposal sites, drum reconditioning facilities and various other industrial facilities. Several of these involve natural resource damages (NRD) claims by federal and state natural resource trustees. These sites require comprehensive strategies that address remediation and NRD issues and their intersections with allocation issues. Sites at which Nico is or has recently been active include:

Contaminated Property Litigation. Mr. van Aelstyn represents property owners and tenant operators in cost recovery lawsuits regarding contaminated property in state and federal courts. These have included cases concerning a variety of contaminants (VOCs, petroleum products, etc.) and types of property (shopping malls, industrial and rural properties). One extensively litigated case concerned a dispute between the owner of the fee estate and those holding the oil and gas interests. Mr. van Aelstyn successfully negotiated settlements in all of these matters.

RCRA Disputes. Mr. van Aelstyn is representing a government contractor in contract disputes regarding the handling of hazardous wastes generated by Naval vessels.

Brownfields Redevelopment. Mr. van Aelstyn has handled the conversion to productive use of numerous properties with complex environmental issues. He negotiated some of the first prospective purchaser agreements (PPAs) in the country, which concerned the conversion of former disposal sites to retail use.