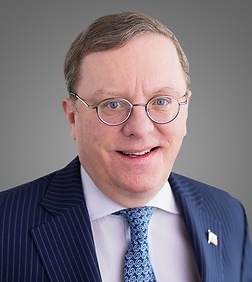 Lawrence A. Larose is a partner in the Finance and Bankruptcy Practice Group in the firm's New York office.

Lawrence represents major creditors in literally every major municipal restructuring in recent memory, both in and out of court, including the Chapter 9 cases of Detroit, Michigan and Jefferson County, Alabama, the two largest municipal bankruptcies in US history. He also represented the City of San Juan, Puerto Rico, contesting the Government Development Bank for Puerto Rico restructuring proposals and advised a group of hedge funds in negotiating the restructuring of $13 billion of debt issued by Puerto Rico's COFINA. He currently represents the Ad Hoc Committee of FGIC - Insured Bondholders in the Title III bankruptcy cases of Puerto Rico and its instrumentalities.

Lawrence also has extensive experience with municipal bond insurance and financial guaranty insurers. Among his most prominent cases he was the lead counsel in the restructuring of MBIA Insurance Corp., the largest financial guaranty insurer in the world, and represented parties in the restructuring of Ambac Assurance Corp., Syncora Guarantee, Inc. and Financial Guaranty Insurance Company. Most recently, Lawrence advised Golden Tree Asset Management LP in negotiating its pending acquisition of Syncora Guarantee, Inc.

Lawrence has written extensively on the unique legal issues faced in municipal restructurings, including unique issues under Chapter 9 of the Bankruptcy Code, and is a frequent commentator in the press on these issues.

From 2013 through 2019 The Legal 500 named Lawrence as one of the nation's "Leading Lawyers" in the municipal bankruptcy area and rated his team as "Tier 1." In 2018, he was inducted into The Legal 500 Hall of Fame for being consistently recognized as "an elite leading lawyer" by clients and peers.