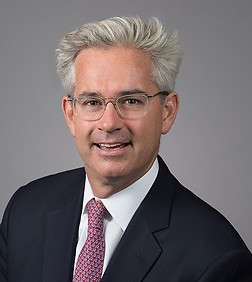 Mr. Garrity concentrates his practice on intellectual property litigation. He has litigated disputes involving trademarks, patents, false advertising, trade secrets, copyrights, dilution, trade dress, parallel imports and counterfeiting before federal courts across the United States and before the U.S. Patent and Trademark Office (USPTO), and has challenged and defended advertising claims before the National Advertising Division (NAD) of the Counsel of Better Business Bureaus. Mr. Garrity has substantial trial experience, having handled jury trials, bench trials, and evidentiary hearings for preliminary injunction motions, as well as Markman patent claim construction hearings. He has litigated intellectual property cases in courts throughout the country, including in the U.S. District Courts for the District of Delaware, the Southern District of New York, the Northern District of California, and the Eastern District of Texas. Mr. Garrity also counsels clients on the establishment, exploitation and maintenance of their intellectual property portfolios, including domestic and foreign trademark clearance and prosecution. His counseling experience extends to the areas of licensing, advertising, copyright and right of publicity. His transactional practice involves software development, outsourcing and intellectual property due diligence.