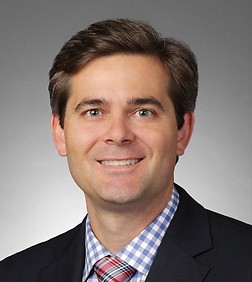 Paul is a seasoned first-chair litigator, whose prodigious representations over the past decade have been before diverse decision-making authorities, including all levels of courts and administrative tribunals, federal and state and arbitral tribunals, and spanned a wide range of complex litigation matters. These matters have run the gamut from “bet-the-company” commercial disputes to controversies involving statutory, constitutional, communications, energy, environmental, insurance, intellectual property, false advertising, trade secrets, privacy and administrative law issues.

Paul regularly represents cable operators, telecommunications and other broadband providers in matters involving communications law issues, including local franchising, PEG programming, rights-of-way, pole attachments and infrastructure deployment and a host of other related issues. He represents providers on these issues in state and federal courts and participated in rulemakings and adjudications before the U.S. Federal Communications Commission (FCC).

Paul also often defends a diverse array of companies against putative class actions, particularly suits involving claims of unfair competition, state consumer protection statutes and products liability. He has represented major automobile manufacturers against putative class actions alleging design defects and other consumer protection claims. He is currently representing a named defendant in a series of putative class actions that have been consolidated in an MDL seeking billions in damages in connection with the promotion, sale and distribution of opioid medications. See In re: National Prescription Opiate Litigation (1:17-md-02804). In addition, recently, Paul successfully represented an association of communications providers in defeating certification of a putative class of landowners seeking damages for alleged unauthorized “telecommunications” use of easements they had granted to an electric utility, and he is currently defending the trial court’s decision on appeal.

Paul is additionally experienced in representing companies in governmental and internal investigations. He represents clients in criminal and civil investigations, including investigations arising under the False Claim Act, the Anti-Kickback Act and the FCC E-Rate program.

Paul’s matters are regularly reported in the media, including Law360. He is also a recognized expert and frequent commenter on communications and technology law issues. He is a professor of law at Vanderbilt University Law School and teaches in the area of technology and communications law and policy.

Paul is dedicated to pro bono representations and public interest litigation. On behalf of a community organization, Paul successfully obtained an appellate decision overturning a trial court decision that had upheld a planning board's approval of a commercial water bottling operation in an environmentally-protected area with trailheads into the Catskill mountains. He is currently representing an environmental organization in federal court litigation arising under the Environmental Species Act, as well as a separate not-for-profit organization in environmental litigation arising under the Clean Water Act concerning the Bristol Bay region of Southwest Alaska.

"Highly Recommended" for Media, Technology and Telecoms, Legal 500, 2012-2020
‘From a litigation perspective, Paul Werner has the ability to filter through issues and determine the approach most likely to lead to a positive outcome which he has achieved many times. He has a measured, thoughtful approach and comes exceptionally well-prepared for trial.’ (Legal 500)

Member, The Historical Society of the District of Columbia Circuit