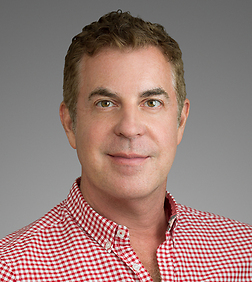 Robert Darwell is a senior partner in the Entertainment, Technology and Advertising Practice Group in the firm's Century City office.

2021 has proven to be another banner year for Darwell and his team. Darwell represented Hemisphere Media Group in connection with its acquisition of Lionsgate’s 75% interest in the Spanish language SVOD platform Pantaya and distribution company Pantelion. Following that deal, Darwell and his colleagues represented Amazon in connection with its acquisition of MGM, Amazon’s second largest acquisition in history. The team worked tirelessly to analyze and diligence the treasured MGM library and studio assets. On top of that, Darwell also guided Amazon Studios in connection with numerous television and motion picture projects, including the 2021 Cannes Film winners “A Hero” (Grand Prix) and “Annette”, which opened the Festival and with won Best Director for Leos Carax.

Over the course of Darwell's legal career, he’s worked on the development, finance, production and distribution of hundreds of motion pictures and television productions (including personal favorites such as “Traffic”, “Brokeback Mountain”, and “Eternal Sunshine of the Spotless Mind”). In addition, he regularly handles major newsworthy deals such as Disney’s termination of Bob and Harvey Weinstein (which garnered him the prestigious CLAY Award as California Entertainment Lawyer of the Year for Entertainment) and Disney’s subsequent sale of Miramax. Darwell also acted as lead entertainment counsel to Comcast in connection with its acquisition of NBC Universal.

Darwell brought his team to Sheppard Mullin in 2003 and served as Chair of the Entertainment, Technology and Advertising practice for more than a decade as it achieved accolades such as Top Tier ranked by Chambers and US Legal 500, as well as Entertainment Practice Group of the Year by Law 360.

Through the years, Darwell launched several specialty practices in the areas of advertising, fashion, and art law and has handled transactions that reflect the intersection of those verticals as well as those in sports, music, gaming, merchandising and mobile/digital areas. He represents clients in all segments of these businesses around the world.

Darwell studied law at Georgetown in Washington, DC and focused his studies on international trade. While there, he worked for the Attaché de Presse at the French Embassy and for DC powerhouse law firm Wilmer Cutler (including assisting Lloyd Cutler, who served as counsel to President Carter).

At Georgetown, Darwell took the only entertainment course offered at that time and, following the tragic deaths of Vic Morrow and two child actors on the set of “The Twilight Zone” movie, wrote his seminar paper on the employment of minors in the entertainment industry. Its publication coincided with the birth of his first of three children. Upon graduation, Darwell moved to Los Angeles and combined his passion for entertainment and media with his interest in international business.

Darwell travels and works regularly from homes in Los Angeles, NYC, Nashville, Paris and Buenos Aires. Always reachable, clients praise his availability at all hours and dedication to service and excellence. Darwell is invited regularly to speak at film festivals around the world, including at the Toronto, Zurich, Havana, Beijing, Shanghai and Rome International Film Festivals.

When not negotiating and drafting, Darwell may be found in the DJ booth (on Sunset Boulevard, in Mexico City, Paris, or Zurich) or taking photos for his popular Instagram feed @TheDailyServer, which will be the subject of a month long gallery exhibition in Paris. In 2021, Darwell completed directing his first documentary film “The 90s Club”, which strikes a hard blow against ageism. In the wisdom of the ages film, Darwell interviews a dozen diverse individuals between the ages of 90-99, who speak unflinchingly about love, life, and loss.

Who's Who Legal: Sports & Entertainment

20 Most Important People to Meet at AFM, The Hollywood Reporter

One of Top 100 Lawyers in California, Daily Journal

One of 40 Who's Who in Law?, LA Business Journal

Past President, Premier Patrons of the American Cinematheque

Board Member, Planning Committee for the UCLA Entertainment Law Symposium