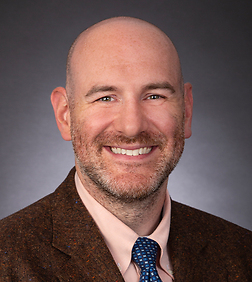 Ryan Roberts is a partner in the Governmental Practice in the firm's Washington, D.C. office. He is also a member of the firm's Aerospace and Defense and Retail Industry Teams.

Ryan regularly represents government contractors ranging from small businesses to the largest defense contractors in matters that include:

As part of his internal investigation practice, Ryan serves as a member of the team appointed in 2013 by the U.S. District Court for the Eastern District of Louisiana as the federal monitor over the New Orleans Police Department responsible for reviewing, assessing and reporting publicly on the department’s compliance with a far-reaching Consent Decree.

Ryan is an active member of the Public Law Section of the American Bar Association and previously served as the Editor of the BCA Case Digests for the Board of Contract Appeals Bar Journal. He graduated from The George Washington University Law School, where he was the Roger Boyd Scholar and Editor-in-Chief of the Public Contract Law Journal.

Ryan has counseled numerous clients, ranging from small businesses to Fortune 500 companies, regarding compliance with the statutes and regulations applicable to government contractors. Representative counseling matters include:

Ryan has conducted numerous complex investigations, including investigations of allegations contained within and coordinated responses to Civil Investigative Demands, subpoenas from federal and state enforcement agencies and internal hotline complaints. Additionally, he has assisted with both mandatory and voluntary disclosures at the federal and state levels. Representative examples include:

Ryan has represented government contractors in complex, high-stakes litigation matters before the U.S. District Courts for the District of Columbia and the Eastern District of Virginia, the Armed Services Board of Contract Appeals, the Civilian Board of Contract Appeals, the Court of Federal Claims and the Government Accountability Office. Representative litigation matters include: