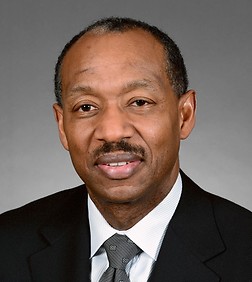 Raymond Marshall is of counsel in the Governmental Practice Group in the firm’s San Francisco office, focused on White Collar and Investigations.

Raymond represents clients in both complex business litigation and white collar defense. He has conducted a wide array of internal investigations and company inquiries, including cases alleging insider trading, stock options backdating, securities fraud, accounting irregularities, antitrust violations, public corruption, FCPA and other corporate and individual wrongdoing. He has represented clients in civil, criminal and administrative proceedings brought by governmental authorities, including the Department of Justice and the offices of various U.S. Attorneys, State Attorneys General and District Attorneys.

Raymond serves on Sen. Dianne Feinstein’s Judicial Advisory Committee for the Northern District of California. Raymond also serves as an adviser to the American Law Institute on the Model Penal Code Sentencing Project. He is immediate past-President of the ABA Retirement Fund Board of Directors, a past member of the ABA Standing Committee on Federal Judiciary, and former president of both the State Bar of California and the Bar Association of San Francisco. In 2004 and 2007, he was appointed by Chief Justice Ronald M. George to chair the California Supreme Court’s Advisory Task Force on Multijurisdictional Practice.

In addition to his professional affiliations, Raymond is extremely active in community affairs and serves on the boards of the Equal Justice Society, the United Negro College Fund, and HomeBase/The Center for Common Concerns. In March 2009, he argued on behalf of five of the leading civil rights groups in the country (Asian Pacific American Legal Center, California State Conference of the NAACP, Equal Justice Society, Mexican American Legal Defense and Educational Fund, NAACP Legal Defense and Educational Fund) before the California Supreme Court, arguing that allowing Proposition 8 (a proposition which sought to outlaw gay marriage) to stand could be detrimental to other minority groups who could easily become the targets of initiative campaigns seeking to take away their rights.