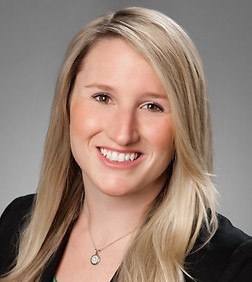 Sarah Blitz is an associate in the Business Trial Practice Group in the firm's Los Angeles office. She is the leader of the firm’s Cannabis industry team and a member of the firm’s Food and Beverage industry and Product Liability teams.

Sarah is experienced in all aspects of California and federal civil procedure, including motion practice, arguing motions in court, taking and defending depositions, trial and alternative dispute resolution proceedings. She also has significant appellate and writ experience before the California Court of Appeal.

Outside the firm, Sarah is involved with the Alliance of Moms. She formerly served on the Advisory Council for City Scholars Foundation. Sarah is also active with the Anti-Defamation League and a participant in the Glass Leadership Institute.

Secured the return of the Ontario International Airport from the City of Los Angeles back to the City of Ontario.

Substantial experience representing foreign clients challenging personal jurisdiction in actions based on both contract and the so-called “stream of commerce” theory, and has obtained dismissals on behalf of multiple clients based on the lack of “minimum contacts” under California’s and federal due process standards for jurisdiction.

Obtained favorable settlement for charitable foundation in a breach of contract dispute with a university over the disposition of a collection of sports memorabilia and a failure to account for donations to university programs.

Represented insurer in bad faith and breach of contract dispute with insured. Obtained complete dismissal at the pleadings stage.