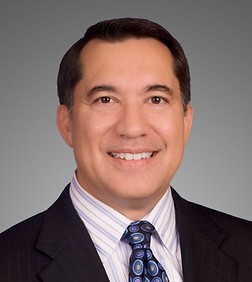 Stephen Korniczky is a partner and former Practice Leader of the firm's Intellectual Property Practice Group, which has more than 100 attorneys.

Stephen is a trial lawyer who has spent the past 33 years litigating patent, trade secret, trademark and other intellectual property cases. He has tried and argued cases in district courts throughout the U.S., before the Patent Trial and Appeal Board, the International Trade Commission (ITC) and on appeal to the U.S. Court of Appeals for the Federal Circuit. He has litigated patent cases including suits relating to Standard Essential Patents (SEPs) and worldwide FRAND license obligations on behalf of internationally based, publicly traded and emerging companies in many diverse technologies, including wireless and cellular communications, Video and Audio compression, Multimedia Messaging Service (MMS), Android Operating System (OS), internet systems, software applications, liquid crystal displays (LCD), televisions, IC devices and semiconductor processes, artificial intelligence and fuzzy logic systems, automotive technologies and medical devices.

Recently, Stephen was lead counsel for HTC, in a two week trial before the ITC in In re Certain LTE- and 3G-Compliant Cellular Communications Devices, Inv. No. 337-TA-1138 (ITC).  INVT, funded by Fortress and Softbanc, filed a five-patent complaint relating to LTE and 3G standards.  INVT was forced to withdraw two of its patents based on defenses prepared prior to trial while the remaining three patents were ruled invalid and not infringed in the ALJ’s initial determination.  Furthermore, although it did not come into play, the ALJ agreed with HTC’s economic position regarding INVT’s FRAND obligation (i.e., that the Complainant failed to offer a fair, reasonable, and non-discriminatory rate).

Stephen was also lead counsel for TCL Communication Technology Holdings in a high profile three-week trial involving a breach of contract and declaratory judgment action it filed against Ericsson Inc., et al., in the Central District of California.  TCL was seeking a FRAND license to Ericsson’s 2G, 3G and 4G SEP portfolio; this was the largest SEP case ever tried in the United States.  At trial, TCL presented valuation methodologies including a top down analysis and comparable license analysis to calculate the FRAND royalty rates for Ericsson SEP portfolios consisting of thousands of patents, and various breach of contract claims based on Ericsson’s failure to license these patents on FRAND terms.  After trial, Judge Selna concluded that Ericsson’s license offers were neither fair and reasonable nor non‐discriminatory, as required by the Intellectual Property Rights Policy of the European Telecommunications Standards Institute (“ETSI”).  The court then set FRAND rates for TCL that were the lowest in the industry.  Notably, Managing Intellectual Property recognized the case as a “Milestone Case of the Year” for 2018.  (Although the decision was subsequently vacated on appeal based on a procedural ruling, TCL recently filed a petition for certiorari to the Supreme Court.)

Stephen was also lead counsel for Defendants HTC Corporation, HTC America and Exedea Inc. (collectively, HTC) in a patent infringement action brought by Wi-LAN, Inc., in the Eastern District of Texas. Wi-LAN alleged that HTC infringed its SEP covering the 3GPP HSDPA mobile phone standard. After a six-day trial, the jury awarded a complete defense victory finding that HTC did not infringe the asserted patent and that the patent claims are invalid based on anticipation and/or obviousness.

Stephen also represented Defendants HTC Corporation and HTC America, Inc., in a two-patent infringement action brought by Intellect Wireless in the Northern District of Illinois. At trial, the Honorable William T. Hart ruled that Intellect Wireless had engaged in inequitable conduct before the Patent Office rendering the patents unenforceable and dismissed the lawsuit. The decision was upheld on appeal to the Federal Circuit and, subsequently, the case was found to be exceptional, and Intellect Wireless and its litigation counsel were held jointly and severally liable for HTC’s attorney fees and costs. The patents covered wireless portable communication devices that receive and display caller ID information, non-facsimile pictures, video messages and/or MMS.

Stephen is registered to practice before the U.S. Patent and Trademark Office and is particularly experienced in prosecuting patent applications and handling reexamination and IPR procedures. He utilizes his combined prosecution and litigation background to provide strategic counseling to clients on business oriented IP licensing and portfolio development plans. He has successfully designed and implemented value-added strategies to raise venture capital, generate licensing revenue, cross-license competing IP and position companies for acquisition. For example, Stephen designed and implemented a patent strategy for Cameron Health, a Carlsbad medical device company, to protect its Subcutaneous Cardio Implantable Defibrillator (S-ICD) system and attract over $25 million in venture capital. Subsequently, Cameron Health received an equity investment from Boston Scientific in exchange for an exclusive option to buy the company.

Litigation Departments of the Year – Giant Slayer, The Recorder, 2016

Litigator of the Week, The American Lawyer, January 15, 2015